The 2019 European Tour Rookie of the Year shot a final round 64 to successfully claim his first European Tour victory at the Cyprus Showdown. 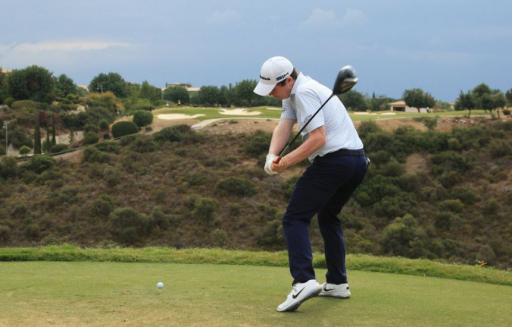 The 24-year-old made back-to-back birdies at 17 and 18 to finish the tournament 7-under par and one stroke ahead of Masahiro Kawamura.

Jorge Campillo took third place after a birdie-eagle finish, while Thomas Detry, Callum Shinkwin and Johannes Veerman all took a share of fourth at 4-under par.

Play was suspended for 48 minutes during the final round due to threat of lightning and the lead changed several times throughout, but it was MacIntyre who came out on top. Watch MacIntyre's stunning approach shot at the par-3 17th in the video below:

Tied for the lead playing the 17th.

"This is what I've been working for," he said. "It's been a difficult few months for me, only my family know what is going on. I can't believe it.

"My game is there, tee to green I've been absolutely brilliant the last two weeks but the putter has been cold - stone cold.

"When the rain delay came in there I said to (caddie) Mike, 'it's time to show up'. I hit a great iron shot into 15 and there it was, it turned up right at the right time."

Robert MacIntyre - What's in the bag of the Cyprus Showdown winner

NEXT PAGE: Brooks Koepka: "I would have won Houston Open had I not changed my driver!"