Detry's debut Ryder Cup hopes over after he gets disqualified from the BMW PGA Championship due to signing for a wrong scorecard at Wentworth. 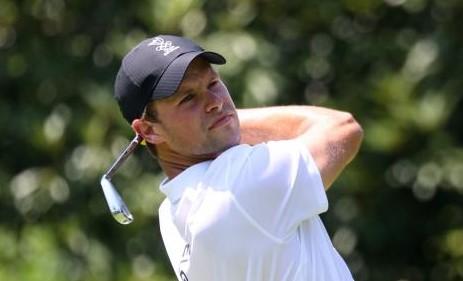 Thomas Detry signed for a wrong scorecard on day two and was consequently disqualified from the BMW PGA Championship.

It now ends any chance Detry had of making the European Ryder Cup team for the first time in his career.

Detry would have forced his way into the team - pending other results - had he landed his maiden European Tour title at the BMW PGA Championship, and he was in a prominent position to do so having progressed to 5-under par after two rounds.

However, Detry was left to rue signing for a wrong scorecard and it led to being DQ'd from the tournament under Rule 3.3b.

Gutted to have to confirm that due to signing for a wrong scorecard this afternoon, I was disqualified from the @BMWPGA. Tough pill to swallow after a solid battle out there the past few days & very sad to finish such an incredible event too early.

Captain Padraig Harrington will be making his three captain picks following the conclusion of play at Wentworth on Sunday evening.

But Detry will unlikely have any say in the picks given he is still searching for his first individual win on the main circuit.

Detry did partner compatriot Thomas Pieters to win the World Cup of Golf but that was back in 2018.

NEXT PAGE: FRANCESCO LAPORTA LEADS THE BMW PGA CHAMPIONSHIP AS BERND WIESBERGER PLAYS HIS WAY INTO THE RYDER CUP TEAM