Thorbjorn Olesen leads the Gran Canaria Lopesan Open by one shot, as he approaches his day in court. 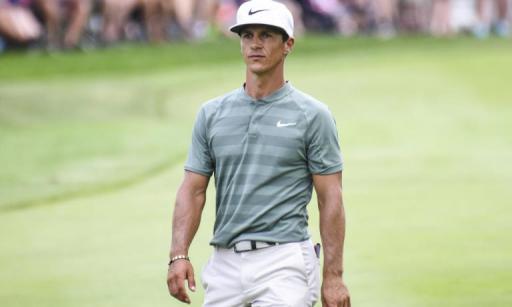 Thorbjorn Olesen carded an incredible 9-under-par 61 in the second round of the Gran Canaria Lopesan Open to lead by one shot going into the weekend.

Away from the course, Olesen is awaiting trial for charges of sexual assault, common assault and being drunk on an aircraft from when he was on a flight from Nashville, Tennessee to London in July 2019.

The Dane, who has pleaded not guilty to each charge, was meant to face trial in May of last year but it was delayed due to the Coronavirus pandemic. The trial has been rescheduled for December 6th this year.

The European Tour had suspended the 31-year-old from playing in August 2019, but his ban was lifted because of the length of delay in legal proceedings.

"While my team and I initially agreed that I would not participate in tour events while the legal proceedings were outstanding, I am naturally grateful to the European Tour for allowing me to continue my career following the lengthy adjournment of my trial," said Olesen in a statement last year.

"I am incredibly sad about what has happened and would like to apologize to all the Danes who have supported me for so many years," he said last year.

"I basically haven't played golf in a year. I played for a week in November in Spain, and then I've been playing for the last couple of weeks - that's it. Since I started playing, I've never had anything like that where I haven't played in such a long time. It's hard."

Despite what is happening away from the course, the 5-time European Tour winner played superbly at Meloneras Golf Club on Friday to take a one-shot lead into the weekend.

Olesen carded seven birdies and an eagle on his way to a course-record 9-under-par 61 to lead on 14-under-par, ahead of Rhys Enoch and Wil Besseling on 13-under-par.

Previous
TWO teams share the lead on Friday at the Zurich Classic of New Orleans
Next
"Will Dustin Johnson make it into one of Paulina Gretzky's posts in 2021?"