Is Bryson DeChambeau the only player not to shout 'FORE', or are we all guilty?

There is strong evidence of Bryson DeChambeau failing to shout 'FORE' on the PGA Tour, but should we scale back our criticism? 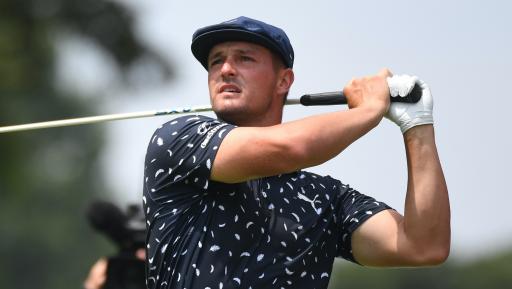 Golf is loved and played by thousands upon thousands of people across the world, but occasionally, it can be a dangerous sport that needs to be played with consideration for your fellow golfers.

There is one very easy way of keeping other golf enthusiasts safe on the course: shouting 'FORE.' It arguably does not get easier than letting other golfers know of when you hit a poor drive that could be going towards them.

Although DeChambeau has previously denied accusations of not shouting 'FORE', more evidence emerged of the 2020 US Open champion contradicting his words on day one of the WGC-FedEx St Jude Invitational at TPC Southwind.

It is completely unacceptable not to shout when your ball could definitely cause harm to someone, there is no doubt about that and DeChambeau has received justified criticism for this in his career.

I believe not shouting 'FORE' comes from a reluctance to admit to a poor shot, or the player is embarrassed by such a bad shot that they don't want to shout and let people know that they have hit a shot offline.

It’s I do shout FORE! Honest @b_dechambeau again @RickShielsPGA @PeterFinchGolf just hope it’s not a kid one day @PGATOUR should really do something pic.twitter.com/SERLrJF1fk

On the PGA Tour, there are caddies, officials and a lot of fans on each tee box following the likes of DeChambeau. I believe that on quite a few occasions, the players rely on someone else to shout 'FORE' and assume that someone will shout it anyway.

This is clearly not the correct attitude, but these explanations that I have described above are the only reasons I can think of as to why a player would not shout 'FORE.'

I have come to these conclusions because I am a normal club golfer that has had years of experience in run-of-the-mill competitions, and I will admit that there has been an occasion or two where I haven't shouted 'FORE.'

And if we are all honest with ourselves, whether it is out of embarrassment, reluctance or assuming that you just don't need to shout, we have all neglected to shout 'FORE' at least once.

The issue is magnified on the PGA Tour with viewers across the world tuning in every week and with cameras dotted around the course, and I am not making excuses for DeChambeau.

But none of us are angels and I would suggest that before you fire shots at the big-hitting American for not shouting 'FORE', make sure that you maintain the standards that you preach for.

NEXT PAGE: BERND WIESBERGER BELIEVES BRYSON DECHAMBEAU SHOULD FACE A FINE OR EVEN A DQ!