Could Keegan Bradley be the latest COMEBACK KID of 2021?

Jordan Spieth, Hideki Matsuyama and Brooks Koepka have all ended win droughts this season, so could Keegan Bradley do the same? 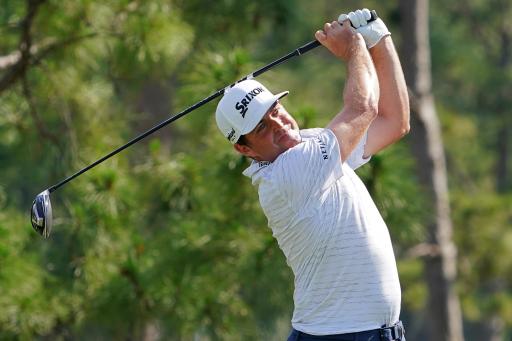 Keegan Bradley had the best week of his career in 2011 when he won the PGA Championship at the Atlanta Athletic Club in Georgia.

This was the season when he announced himself on the tour scene. He had also won the HP Byron Nelson Championship of the same year before claiming his first major title.

Although Bradley has been a regular name on PGA Tour leaderboards since that season, he has not always found himself in the winner's circle.

His last win on the PGA Tour came at the BMW Championship in 2018, beating Justin Rose in a playoff. Bradley then went on to finish tied 26th at the Tour Championship.

Since then, the 34-year-old has made the top 10 on only six occasions which is form you wouldn't associate with a major champion who has also played at two Ryder Cups for the United States.

In 2013, Bradley reached a career-high of 10th in the Official Golf World Rankings but at one stage this season, he was ranked 150th and a world away from his old self.

But as we have seen from the likes of Jordan Spieth and Hideki Matsuyama who have ended barren spells this season, the 4-time PGA Tour winner is showing potential to suggest that his first win in three years could just be around the corner.

Bradley shares the joint lead with Sam Burns at the Valspar Championship at Innisbrook Resort after two rounds, which is a course where he has experienced little success in the past.

He has missed the cut three times in his last five appearances at the venue, but Bradley has played superbly this week and well above the levels that his current world ranking of 135 suggests.

His walk-off eagle on the 9th hole par-4 in his second round was a special moment, and it could be a good omen for another player who is overdue a win on the PGA Tour.