PGA referee: "Read the rules before donning the black cap" 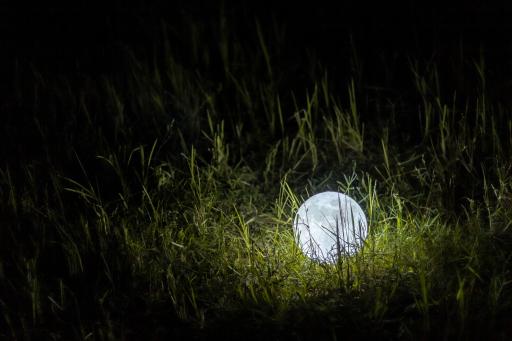 So, we managed to get through a couple of weeks without Bryson DeChambeau being hauled over the coals for run-ins with the Rules Officials, so it was good to see another regular contributor help out by once again becoming embroiled in a situation which caused a minor meltdown on social media, writes PGA Rules Panel Member Ashley Weller.

In the first round of the AIG Women’s Open at Royal Troon two weeks ago, our old friend Lexi Thompson was having a tough time already, standing at 8-over par on the par-5 16th.

The American hit her tee shot into the right rough and when she arrived at her ball she found a large tuft of long grass behind and slightly to the right of it. Although the lie of the ball was reasonable, the tuft was clearly impeding her area of intended swing.

Prior to making her stroke, Lexi was clearly caught on camera attempting to move the tuft away from the ball with her clubhead. Cue social media outcry.

However, it soon became apparent that the R&A Chief Referee, David Rickman, had spoken to the player prior to her signing her scorecard, and it was determined that there was no penalty incurred.

Now, there are few people on the planet, if any, who know the Rules as well as Mr Rickman, so let’s take a look at the reason for the decision.

Yet again, this example is a reminder that when reading a Rule you should read the whole thing, including all notes and exceptions before drawing your conclusion.

Rule 8, Course Played as it is Found, covers a central principle of the game: “play the course as you find it”.

Rule 8.1a(1) states, in part, that a player may not “move, bend or break any growing or attached natural objects”.

Bang to rights Lexi, it was caught on camera you doing exactly that... so chuck her in jail and throw away the key, right?

Like I said earlier, keep reading before donning the black cap.

Rule 8.1c now appears over the hill like a knight in shining armour to rescue our damsel in distress.

It allows (with certain exceptions) the player to avoid penalty by restoring the original conditions, in this case “returning a tree branch or grass, or an immovable obstruction to its original position after it had been moved”.

When Thompson was questioned before returning her card it was concluded that although she had clearly moved the tuft of grass with her clubhead, it had returned to its original position and the conditions affecting the stroke had not, therefore, been improved and subsequently no penalty was applied.

So there you have it.

We await Bryson’s next brush with authority to bring our next article.