Rory McIlroy vs The R&A: "You sense a degree of selfishness in his words"

"If McIlroy wants young people and minorities to become involved in golf, they should avoid watching the top players hit a driver..." 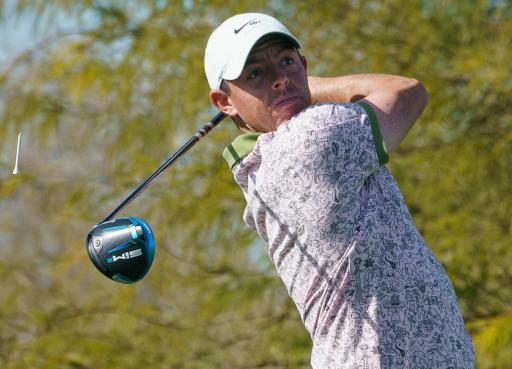 Rory McIlroy may have been keen to express his thoughts on the R&A and USGA report into driving distances last week, but I question whether he is really looking at the broader picture, writes Matt Chivers.

McIlroy can slam the latest distance insight report as a "huge waste of time and money" all he likes, but has the former World No.1 who averages a monstrous 323 yards really considered the widening gap between Tour pro and average club golfer right now?

The most recent update on the report was provided by the R&A with new proposals that concern the length of clubs and testing methods for golf balls.

McIlroy argued that the money spent on the distance insight report could have been used in promoting participation and inclusivity in the sport, which yes don't get me wrong, is a very good point.

In a time where people can’t get to the golf course, extra efforts should be made to increase interest in the sport and interact with young people and minorities.

The roots of golf are extremely important, as in any sport. The containment of technology that increases driving distances could have detrimental effects on club golfers, another point which McIlroy alludes too.

Club golfers aren’t as talented as Tour professionals, so clubs that hit the ball further and straighter are massively beneficial to the average golfer.

However, McIlroy isn’t speaking objectively as he is a top-class Tour professional that has immediate access to the latest drivers and technology which come at no cost to him.

In 2016, JB Holmes led the way in driving distances on the PGA Tour, averaging 314.5 yards with each drive. Five years later, Bryson DeChambeau leads the way on 329.2 yards per drive, with McIlroy tucked closely in behind.

McIlroy makes a valid point that money should be invested in the roots of golf, but if driving distances aren’t contained then yardages will continue to increase and the less the average golfer can relate to Tour professionals.

We have already seen how golf courses on the PGA Tour have had to adapt to players hitting the ball further, something that could potentially ruin the playing experience for members at these courses who simply cannot hit the ball as far.

McIlroy correctly said that club manufacturers will find a way around the containment anyway, but I believe technology must be contained now before golf courses and the nature of the game will be irreversibly changed.

Normal golfers do need better clubs to play better golf, but for the most part, they play golf for enjoyment and a lot of golfers don’t long for the latest release of a new £500 driver to gain this enjoyment.

Although McIlroy shows regard for the roots of the sport, you have to sense a degree of selfishness in his words which is understandable.

The four-time major winner is a powerful athlete that can simplify the game with how far he can hit his tee shots, but I can speak from experience when I say that some tee shots I see on the television show that Tour golf and club golf are worlds apart.

Golf is simply about getting the ball in the hole in the least shots as possible, and driving the ball as far as possible is arguably the greatest asset to achieve this, and this is offered with advanced technology.

But what the R&A is concerned about is the element of skill and creativity will be diminished if players continue to increase their driving distances.

If McIlroy wants young people and minorities to become involved in golf, they should avoid watching the top players hit a driver as it will give them a false image of what our beautiful sport is all about.

We want golfers to improve as easily as possible, but the constant advancement in driving technology is unnecessary, becoming out of hand and reduces the fun of the challenge.

What do you make of McIlroy's comments into the distance insights project? Is it really a "huge waste of time and money", or is it something that needs serious consideration in 2021? Share your thoughts and comments over on our social media channels, or come and join us on YouTube.