Both the AT&T Pebble Beach Pro-Am and the controversial Saudi International are on this week, but which golfers will taste victory? 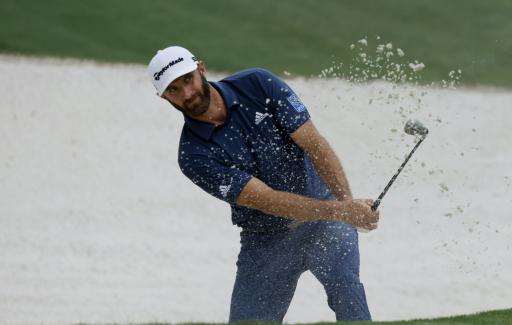 It is finally here. The Saudi International is back and this year, it has been sanctioned by the Asian Tour and sponsored by the Private Investment Fund.

Dustin Johnson returns as the defending champion and the only multiple champion in its short, three-year history. Graeme McDowell won the event in 2020.

There will be a fantastic field teeing it up at the Royal Greens Golf & Country Club with players such as Bryson DeChambeau, Phil Mickelson and Xander Schauffele competing amongst a host of other PGA Tour stars.

There are also a number of big names staying in America this week for the AT&T Pebble Beach Pro-Am, which is one of the most popular events on the PGA Tour.

RELATED: RORY MCILROY: TIME FOR A NEW CADDIE TO CHANGE HIS FORTUNES?

Daniel Berger is the returning defending champion after securing a two-shot victory at the historic venue last season.

Matt and Andy experienced no luck last week, but they are looking to make amends with their latest picks:

Patrick Cantlay is the betting favourite this week at Pebble Beach and rightly so. The FedEx Cup champion is one of the most consistent players on the PGA Tour.

He has already finished fourth at the Sentry Tournament of Champions and ninth at The American Express this season, so he is entering the week with more great form.

We all want the Australian to get back to his best and at 20/1, this is a very good price for him to follow up on a solid week at Torrey Pines.

Maverick McNealy came second in this event last season and the 26-year-old has a clear affinity with Californian golf events.

In the last three seasons, McNealy is 99-under-par in PGA Tour events in California, only Patrick Cantlay matches this mark. He has also got a tied fifth finish on his record at Pebble Beach, so don't be surprised if he goes close again.

Jordan Spieth may have missed the cut last week in San Diego, but he won the AT&T Pebble Beach Pro-Am in 2017.

Dustin Johnson is going for a hatrick of wins at the Saudi International this week at the venue near Jeddah. He clearly enjoys the course and the event.

After a long break from golf, he finished tied 25th at the Farmers Insurance Open last week. This could be a good warm-up for his week in the Middle East.

The Belgian is back to his best form, having also recently won the Portugal Masters, and he could continue that at the Saudi International.

Although Cameron Smith missed the cut at the Sony Open, he won his fourth PGA Tour event at the Sentry Tournament of Champions the week before.

Smith's career is on a clear upwards trajectory. He made eight top-10 finishes in 2021 and also won the Zurich Classic of New Orleans alongside Marc Leishman.

Sam Horsfield has also made a fantastic start to 2022 in the Middle East. He finished tied 12th in Abu Dhabi and he finished tied fourth in Dubai last week.

The Englishman has two wins on the DP World Tour and although this is a strong field in Saudi Arabia, Horsfield certainly has the chance to come of age in 2022.

NEXT PAGE: "TIGER WOODS NEEDS TO WATCH HIMSELF": US WINTER OLYMPIAN SENDS STATEMENT