Brandel Chamblee: "Jon Rahm broke the rule, he should have been penalised"

"It wasn't millimetres. It was inches, probably three inches that his ball was misplaced." 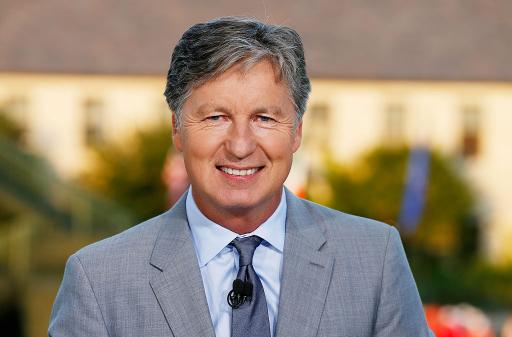 Well, well, well... who saw this one coming? Brandel Chamblee disagreeing with a rules decision.

European Tour chief rules official Andy McPhee may have cleared Jon Rahm for any wrongdoing when replacing his ball in the wrong spot at the Irish Open, but Golf Channel analyst Chamblee is having none of it.

Rahm, who went on to win his first European Tour title by six strokes, was told on the 13th tee of a possible penalty he might have committed on the sixth green. Replays showed Rahm marking his ball to the side on a short putt, but when he returned the ball he placed it in front of the mark.

McPhee cleared Rahm of the potential two-stroke penalty, citing there was only a "millimetres" difference between where the ball was initially marked and where it ended up, and that Rahm made a "reasonable judgement."

But Chamblee took to the Golf Channel broadcast yesterday to give his take on proceedings, claiming the two-stroke penalty should have been given and it would have changed the complexion of the tournament.

Jon Rahm avoids a penalty for doing this on the sixth green. The right decision? A post shared by GolfMagic.com (@golfmagic.com_) on Jul 9, 2017 at 7:56am PDT

"All of a sudden, what looks to be something easy and a walk in the park becomes very stressful," he continued. "The dynamic certainly changed there and I don't believe it changed for the right reason."

Chamblee's words are polar opposites to the views of our PGA Rules panel member Ashley Weller. Whose side are you on?