Brooks Koepka bounces back in Memphis

Brooks Koepka leads the WGC-FedEx St Jude Invitational after firing an 8-under par 62 in the opening round. 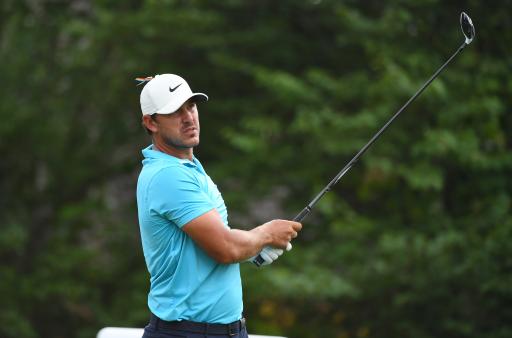 Brooks Koepka leads the WGC-FedEx St Jude Invitational at TPC Southwind in Memphis, after the defending champion matched his career best with an opening round of 62.

It would be typical of Koepka to play his worst golf for weeks and then step up to the plate at a WGC event and retain the trophy, but after an 8-under par first round, Koepka leads by two with Rickie Fowler and Brendan Todd sharing a tie for second.

Koepka has just one top 10 finish in his last 10 starts, but he looked back in business on Thursday, making nine birdies and just one bogey.

The World No.6 opened his account with four consecutive birdies, including a 25-foot drain at the 4th before making his only error of the day with a bogey at the par-4 7th.

Koepka bounced back with two birdies in a row to make the turn at 5-under par and the four time major champion added another three birdies to match his career-best with an 8-under 62.

.@BKoepka made birdie par-5 16th after reaching the green with his second shot and now leads by two.#QuickHits pic.twitter.com/V7UR1FwHc4

Rory McIlroy struggled once again and finds himself 11 shots off the lead and the Northern Irishman had to wait until the 16th hole to find his first birdie of the day, before finding his second and last at the 18th.

Koepka, who not only defends the WGC event this week but also the US PGA Championship at TPC Harding next week, credited his coaches for his impressive opening round.

RELATED: Brooks on Bryson: "He wouldn't be anyone I would hang out with"

"Pete is obviously one of the best coaches ever in my opinion," said Koepka, who had not worked with Cowen face-to-face since The Players Championship back in March. "I think with Pete, it's more psychological. He'll beat me down, tell me I can't do something, he'll jump on me pretty good and I enjoy that when someone tells me I can't do something.

"And it's nice to finally figure some things out with Claude. And then this week starting working with Phil Kenyon on the putting, so it's nice to see those results and all the changes we've made come through."

NEXT PAGE: Bryson DeChambeau tries to stretch the rules at WGC