Bryson DeChambeau says he wants to get even bigger for the next major on the calendar. 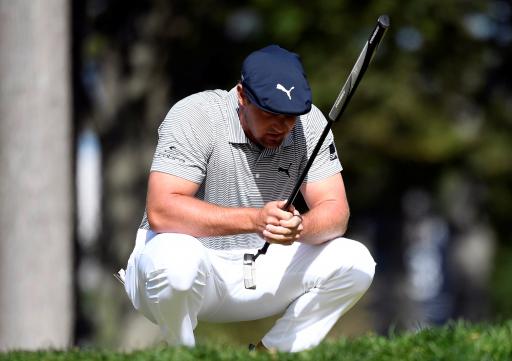 Bryson DeChambeau has revealed that he plans on getting even bigger in size for when he tees it up at Augusta for the Masters in November in an attempt to get even longer off the tee.

After winning his maiden major title at the US Open at Winged Foot, DeChambeau is one of the hot favourites to take home the green jacket this year and the 27-year-old believes distance will be "big advantage" at Augusta.

DeChambeau won the US Open by six shots, with an average driving distance of 325.6 yards, the sixth best in the field and his putting was sensational, a part of his game that is underrated due to his length off the tee.

It's been an incredible transformation for DeChambeau, who has put on around 40 pounds over the last year, helping him achieve extraordinary swing speeds that he is managing to control, but the big-hitting American wants to add another 10-15 pounds before the Masters in mid-November.

"They always say, when you work out, you gain your 30 pounds or whatever it is, and then after that, each year, you half it. So you can go 15. If you keep working out every day, you keep halving it. And then eventually there comes a point where you can’t gain much more. But I still feel like I can get up there if you work hard enough.”

Augusta is a beautiful course that will be playing a lot differently in November than it does in its normal date of April, but regardless of weather, distance off the tee and a solid putting game is a recipe for success.

“Well, length is going to be a big advantage there,” DeChambeau said. “I know that for a fact. It’s always an advantage pretty much anywhere.”