Bubba turns down long drive contest: "I'm there to play golf, not to hit it far" 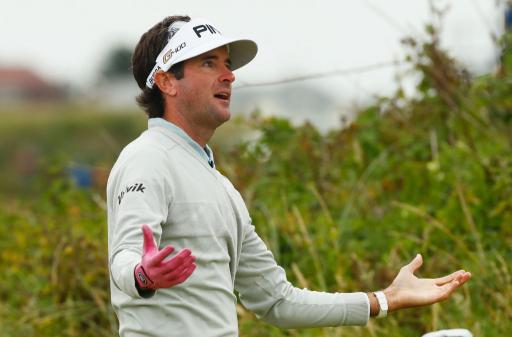 Bubba Watson turned down competing in the US PGA Championship's annual long drive competition for charity on Tuesday claiming "I'm there to play golf."

Jason Kokrak won the competition with a 321-yard bomb, made all the more impressive in rainy conditions where there was minimal roll out on the fairways, with England's Tyrrell Hatton (316 yards) in second and world number one Dustin Johnson (315 yards) in third.

The first, second and third-place finishers all received money to go towards charities of their choice.

But Watson, one of the longest drivers on the PGA Tour, declined his invite as he bids to concentrate on winning his first US PGA Championship and third career major to go alongside his brace of Green Jackets.

"I’m not going to do it," said Watson. "I’m there to play golf, not to hit it far. I’ve got to practice. I’ve never been to the course. I don’t need to worry about a long drive on the 10th hole."

Looks like Watson was more inclined to hang out with his good buddy Justin Bieber instead...

Bubba Watson
us pga long drive competition
longest drivers on pga tour
jason kokrak
Previous
Stenson sticks to trousers: "My legs are too sexy for shorts"
Next
The 12 golfers just shy of a career Grand Slam