Booth forced to delete her social media post after hundreds of replies criticise her new deal. 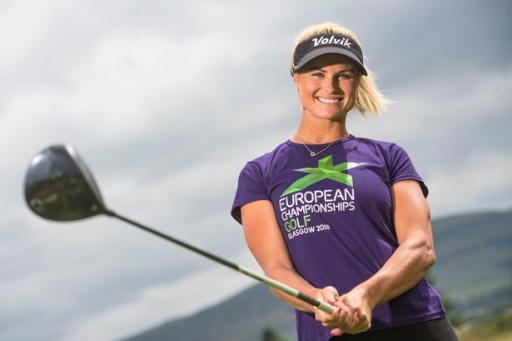 Ladies European Tour pro Carly Booth was forced to delete a social media post after revealing she had agreed a new sponsorship deal with Golf Saudi.

Booth, 26, faced instant social media backlash when posting her news on Tuesday afternoon but then deleted the post on Wednesday.

“I am honoured to represent @Golf_Saudi as they acknowledge that women in sport is of paramount importance,” wrote Booth.

“Although culturally they are in a different place to some countries, they are doing everything they can to introduce girls and women into sport and lead healthy lifestyles.”

Then the replies came thick and fast, most notably from Talk Sport's Georgie Bingham. Here's a selection of tweets...

Crikey Carly I think you might want to head to google and a bit of “women’s rights, Saudi Arabia” before announcing that.

“culturally in a different place” as in women just got the right to drive, are able to finally attend sporting events if they are seated separately from men, and where death penalty is executed against women rights activists ..

Disgusting support for such a murderous regime. Shameful.

Btw....Carly Booth is an “ambassador” for Scottish Golf. Can I suggest that she be fired from that role ASAP?

Looks like Carly Booth took down her new sponsorship post. Probably a good idea. Probably would have been an even better idea to have just not taken the Saudi's money in the first place...