Covid-19: Laywers for the defendants suggest legislation was not broken the dinner at the Oireachtas Golf Society dinner. 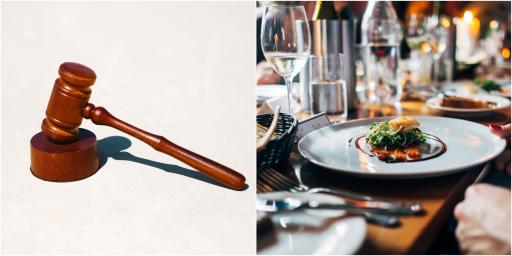 Two politicians and two hoteliers have gone on trial accused of breaking Covid-19 restrictions by organising a golf society dinner, The Times have reported.

The publication reports that Noel Grealish, 55,  Donie Cassidy, 74 and John Sweeney, 60, alongside his 32-year-old son James have gone on trial over an allegation that on 19 August 2020 they organised an event that contravened the Health Act 1947.

They have gone on trial at Galway district court where a barrister for one of the defendants suggested that "everybody jumped on the bangwagon" to suggest they ignored the rules because they "occupied a particular status in society".

The event in question relates to the organisation of the an Oireachtas Golf Society event at the Station House Hotel in Clifton, Co Galway. All four deny a single charge that they contravened the Health Act to limit, minimise or slow the spread of Covid-19.

The trial of two politicians and two hoteliers over an alleged breach of Covid-19 restrictions in organising a golf society dinner has been told that “hysteria was whipped up” and no guidelines were broken https://t.co/uC9mcygHQt

It was reported by the publication that the dinner was attended by 81 people. Prosecutors allege that at the time the defendants knew that public gatherings of more than 50 people were prohibited.

Grealish is the former Galway East indenpendant. Cassidy is a former Fianna Fail senator. At the time, Grealish was the golf society's captain, the paper reports. There was a public backlash over the event which led to the resingation of then agriculture minister Dara Calleary.

A number of politicians also lost the party whip. Phil Hogan, the European commisioner, also resigned over the matter.

Michael McDowell, appearing for Grealish, told the court that his client was not involved in organising the event.

"He had no part in making arrangements for the president’s dinner. The outing of the society was divided into two days. My client, as captain, was responsible for some aspects of the first day. The second day was the president's day and the president's dinner.

Counsel for Sweeney argued the event was in accordance with legislation, the Press Association reported.

The trial is expected to last up to five days.