The family released a statement paying tribute to the "leader" of their family. 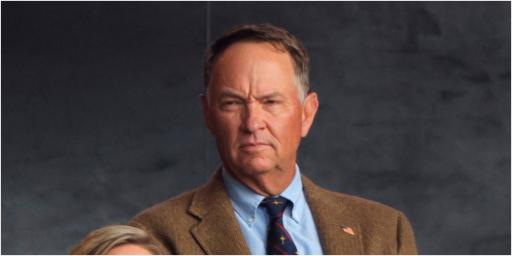 The mother of Ryder Cup winning captain and hall of famer Davis Love III has died at the age of 94, multiple news outlets are reporting.

Penta B. Love was the widow of renowned swing coach Davis Love Jr. She reportedly had a stroke and her health deteriorated. She died on 13 December, it has been reported.

A statement from her family said:

"While everyone in our family is saddened at the loss of our family leader, we are blessed with so many great memories and rejoice that our faith tells us she is at peace eternally.

"We're very thankful for her caregivers and to those in the Golden Isles and golf community for the love and support they have shown us."

It is with deep sadness that we share with you that Penta B. Love passed away today, December 13 after a long struggle following a stroke. Born in Alexis, North Carolina, Penta lived on St. Simons Island, Georgia near her sons Davis Love III and Mark Love and their families. pic.twitter.com/n5jg4JH1hE

Love III, 57, has been the United States' Ryder Cup captain twice. He was at the helm when Europe came back to win at Medinah in 2012 and was given another chance at Hazeltine four years later where they dismantled the Europeans 17-11.

He is now the Presidents Cup captain which will take place at Quail Hollow next September. He has won 21 times on the PGA Tour and claimed the 1997 PGA Championship. He was runner up at the Masters twice.

Penta is survived by Love III, Mark Love and their families.