The legendary golf tutor showed off this great drill with his student Danielle Kang... 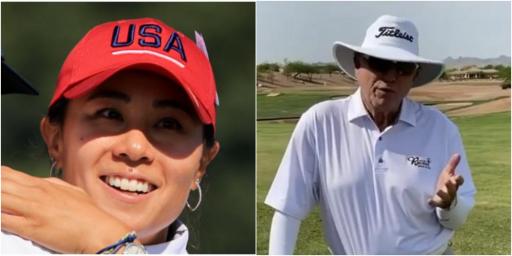 Legendary coach Butch Harmon took time to demonstrate the lost art of hip turn in the golf swing this week.

Harmon is the coach of Danielle Kang, among others, and the pair demonstrate the "right pocket back" sensation you want to feel.

Learning to load everything in the right hip is very important in the golf swing, Harmon says in the video.

It's certainly one for you to try out on the range the next time you are striping some balls.

"RPB - Right Pocket Back"...We'll be giving this a go during our next range session.

Harmon describes hip turn as a lost art and that "nobody talks about this anymore".

But he and his student Kang work on it "all the time".

RPB, Harmon describes, after his student winds a few up for demonstration.

"Beautiful," he says as Kang smashes one straight out of the centre of the clubface.

Kang, 29, has won five times on the LPGA Tour and won the Women's PGA Championship in 2017.

Harmon and Kang have worked together for the last few years.

When she came to him, she reportedly told Harmon that she had a case of the driver yips.

Harmon reacted by not trying to take away what she does naturally, but just make her better.