Did you know this rule about TOUCHING SAND on your backswing in a bunker?

Bunkers can be a grey area in the rules of golf to many people, so hopefully, this article will help to clear a few things up. 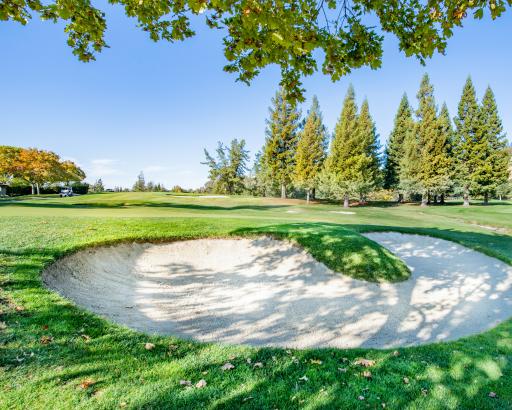 In recent months, some of our readers at GolfMagic have posed questions on what you can and can't do when you find yourself in a bunker.

Although some rules have been altered when changes were made in 2019, the principle that you can't touch or test the sand in a bunker has remained fairly consistent.

Some of our readers have questioned whether you are now allowed to take practise swings in bunkers and touch the sand if it is unintentional, however, this is the wrong interpretation of the rule.

There are hundreds of rules and guidelines in the R&A rule book, but they are there to help golfers complete their round in the correct way and we want to clarify what you can and can't do when you find yourself in a bunker.

According to Rule 12.2 b, a player must not deliberately touch sand in the bunker with a hand, club, rake or another object to test the condition of the sand to learn information for the next stroke.

Also, a player must not touch the sand with a club in the area in front or behind the ball, while making a practice swing or in the making of a backswing of a stroke.

It is this part of the rule where some of our readers have previously been confused, but in the making of a shot, you essentially need to avoid touching the sand at all.

A player may, however, touch the sand to smooth the bunker to care for the course, to lay a club to rest in the sand or striking the sand in anger or frustration.

To summarise, a player gets the general penalty if his or her actions in touching the sand improve the conditions affecting the stroke.

We hope that this type of content will help to inform our readers and keep them up to date with the most important rules in the game.