Dustin Johnson will join Bryson DeChambeau on the LA Golf Board of Directors. 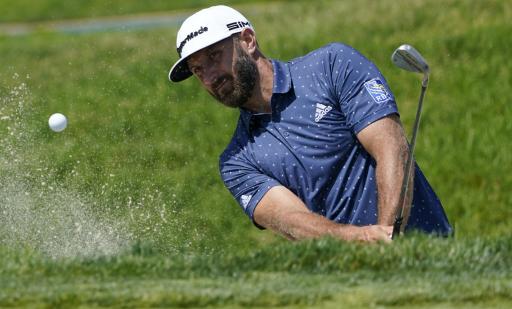 The World No. 1 will join figures from the golfing world such as US Open champion Bryson DeChambeau and TV personality Amanda Balionis on the Board of Directors.

After playing the same shafts for over a decade, Johnson is switching to LA Golf’s shafts in pursuit of more distance and accuracy.

In the last few months alone, over 20 top tour players including six major champions have put LA Golf in play, with a host of others in line to collaborate on a custom design structure.

"I am always looking for ways to get better and have been testing the LA Golf shafts for months," said Johnson.

"I have been really impressed with how much more consistent my ball striking has been and really like the ball flight I'm seeing.

"I don't swing hard often, but with the LA Golf shaft, I can really go after it and know I am going to hit the ball more consistently in the middle of the clubface. My misses have also been much better, which is really nice."

LA Golf was founded by CEO Reed Dickens, who developed a reputation for partnering with players as the founding CEO of Marucci Sports, the maker of the number one bat in baseball.

Dickens connected early with DeChambeau who wanted to design a shaft from scratch that would withstand unprecedented ball speeds.

LA Golf is the only shaft manufacturer where each structure is co-designed with players and built in the USA. Unlike mass-market shafts, LA Golf is a small batch, premium supplier of performance-driven and technologically advanced shafts.

For more information and to learn more about LA Golf, please visit LAGolfShafts.com.

NEXT PAGE: "I DON'T CARE WHO I PLAY WITH": BROOKS KOEPKA ON US OPEN PAIRINGS