"I DON'T CARE who I play with": Brooks Koepka on US Open pairings

Brooks Koepka has been paired with Collin Morikawa and Justin Thomas for the first two rounds at Torrey Pines this week. 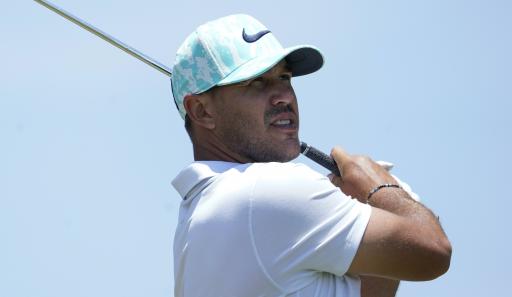 Brooks Koepka told the media yesterday that he "doesn't care" who he plays with at the US Open, following speculation that he would be grouped together with Bryson DeChambeau.

There were rumours that they would be sensationally paired together at Torrey Pines, however, Koepka has been put with fellow PGA champions Justin Thomas and Collin Morikawa.

According to former PGA Tour player Brad Faxon, DeChambeau declined the chance to play with Koepka this week when he was called by the USGA, but regardless of the groupings, Koepka will be focused on his task this week.

"I don't care who I play with, it doesn't matter. I am focused on myself. I think you can see it when I play, I don't really have much emotion and I am focused on what I've got to do," said Koepka.

"I'm not worried where the guy hits it, I'm only worried about myself. It's an individual sport so you have just got to worry about yourself, it doesn't matter who I play with on any of the days.

"I don't know if I would characterize it as conflict. It is what it is, we just don't like each other. There's plenty of people that you guys work with who you guys don't like so I don't see the difference."

Despite Faxon's words, DeChambeau has since said that it would be "great fun" if the pair were to go head to head in contention at the weekend. The big-hitting American has been paired with Tyler Strafaci and Hideki Matsuyama.

The World No. 5 is looking to defend his US Open title which he won at Winged Foot back in September, while Koepka is looking to become only the seventh player to win the event on three occasions.

NEXT PAGE: DEBATE: 3-IRON OR 3 HYBRID - WHAT IS THE BEST OPTION FOR YOUR GOLF BAG?