Eddie Pepperell BURNS Matt Kuchar after he asked for free relief at the Memorial Tournament... 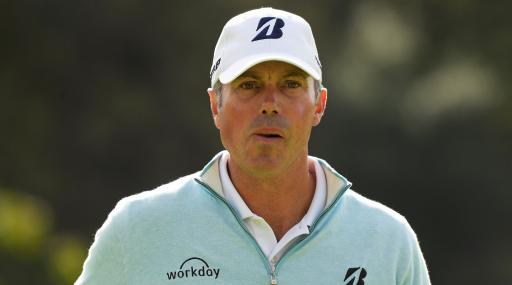 Eddie Pepperell has BLASTED the actions of Matt Kuchar following the American's ambitious attempt to receive a free drop from the middle of the 17th fairway during the first round of the Memorial Tournament last week.

After disrepecting his stand-in caddie in terms of money when winning the Mayakoba Golf Classic at the end of 2018, before his petty gimme dispute with Sergio Garcia at the WGC Match Play, Kuchar was once again at the heart of controversy following his tee shot on the penultimate hole at Muirfield Village.

Kuchar struck his tee shot down the par-4 17th and his ball finished up at the end of a pitch mark that he, and later a rules official, determined was not his own.

The in-form American, however, called in PGA Tour rules official Robby Ware in an attempt to gain relief on the belief that his bouncing ball had indeed created a second pitch mark that overlapped with the original.

Kuchar was unhappy with the decision to receive relief, and then called in a second rules official, who would quickly agree with Ware that there was no free drop forthcoming.

England's Pepperell was one of the first players to react to Kuchar's actions, tweeting: "It's been quite a year for Matt Kuchar as he leads the PGA Tour in both money and shithousery."

It’s been quite a year for Matt Kuchar as he leads the PGA Tour in both money and shithousery.

Kuchar would go on to miss his first cut on the PGA Tour since the 2018 US PGA.

The American is arguably enjoying his best season to date on Tour following two wins this season, taking him to the top of the PGA Tour's FedEx Cup standings as it stands.

Kuchar will look to cement his position when he competes in this week's Canadian Open, before attempting to win his maiden major title at the US Open.

Can you imagine the awkwardness should Pepperell and Kuchar end up in the same group at Pebble Beach in two weeks time?!