Olly Brett is the caddie of Team USA's Danielle Kang, and she is set to take on Europe's Emily Pedersen who is Brett's long-time girlfriend. 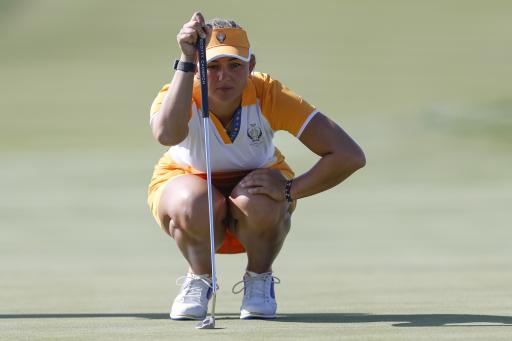 In an extraordinary set of circumstances, Team Europe's Emily Pedersen is set to play against Danielle Kang and her long-time boyfriend Olly Brett in the Solheim Cup singles.

Brett caddies for Kang, so there was always a chance that he would come up against his partner Pedersen in Ohio, but they have incredibly been drawn against each other in the Monday singles.

Pedersen and Charley Hull have formed a fruitful partnership so far this week. They have earned two points as a pair, including a 3&2 victory over Kang and Austin Ernst in the Sunday fourballs.

However, the American pair did manage to secure a 1 up victory in the Sunday foursomes against Georgia Hall and Madelene Sagstrom.

RELATED: PATRICK CANTLAY WINS FEDEX CUP: CHECK OUT HOW MUCH THEY ALL WON ON THE PGA TOUR

In 2013, Liselotte Neumann's European side won the Solheim Cup at Colorado Golf Club, Colorado and this remains the only time that they have won the tournament on American soil.

Europe are 9-7 up heading into the Monday singles, which is bound to throw up a lot of excitement and drama. We have the match-ups and tee-off times for the singles session below.

RELATED: JOAQUIN NIEMANN RECORDS FASTEST EVER ROUND AT THE TOUR CHAMPIONSHIP