Gary Player has issued a strong statement on social media addressing the trophies and memorabilia that were put up for auction by his son Marc. 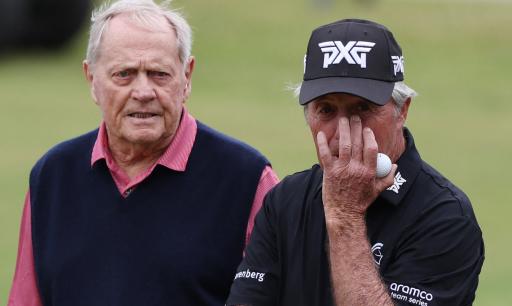 Nine-time major winning golf legend Gary Player has issued a strong statement concerning the auction of "several trophies and other pieces of memorabilia" from his career.

In his statement on social media, Player reveals that the items were put up for auction by his son Marc who is also his ex-manager. The 86-year-old said he is in the process of recovering the items.

"I would like to draw the public's attention to the fact that several trophies and other pieces of memorabilia that form part of my legacy have been put up for auction by my son and ex-manager, Marc," the statement reads.

"These items belong to me and I have taken action to recover them. I have placed no items for sale - whether by auction or otherwise."

A statement on the unauthorized sale of Gary Player trophies & memorabilia. pic.twitter.com/2tilBplJOL

During his illustrious career, the 'Black Knight' won 160 times worldwide, including 24 PGA Tour wins. His major haul breaks down into three Masters titles, three Open Championships, two PGA Championships and one US Open.

The latest issue with his son Marc, 62, is not the first controversial storyline with one of his six children in recent years. At Augusta National in 2021, his son Wayne held up a golf ball brand on screen while the honorary starters ceremony was introducing the late great Lee Elder.

As a result, Wayne has since confirmed he's been banned from Augusta National despite making amends with Elder soon after the incident.

"Well, they say there’s no such thing as bad publicity. I found out that that’s not quite true," Wayne said to Golf Digest in May.

"I had probably 50 texts after that, 40 of them said I’m a marketing genius, 10 were like, ‘What the hell were you thinking?’ It wasn’t premeditated, but it was a tacky thing."