Gary Player's estranged son Marc Player has responded to allegations he is selling his father's memorabilia without permission. 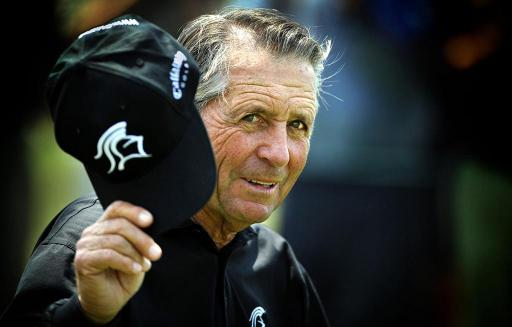 Gary Player's estranged son Marc Player has responded to allegations he is selling the nine-time major champion's memorabilia without his permission.

In an extraordinary post earlier in the week, 86-year-old Player claimed Marc put several trophies up for auction which did not belong to him.

The legendary South African golfer said he was taking action to recoup the items.

Now Marc has responded by posting a detailed response to the stunning allegations through his lawyers.

The response claims that Marc "catalogued" almost 300 items from his father's career.

Many of those items were purportedly "scattered around the world or not actually won by Gary Player but commissioned by Marc Player from artists or purchased from various other collectors".

This collection was reportedly sold to South African billionaire, Johann Rupert "when Marc Player's father could not pay his outstanding personal tax bill".

The letter adds: "Gary Player has already sold, against Marc Player's wishes, the most important Grand Slam original items of memorabilia that should have formed part of his legacy.

"The agreement between Gary Player and his son was simply that, if this Christie's collection was ever to be sold, they would split the proceeds equally given the time, effort and cost involved related to Marc's efforts.

"To date, Marc Player has not received any compensation whatsoever. All other trophies or memorabilia were validly gifted to Marc Player by his parents, remain his, and Marc has been in full possession of these items for decades without any claim by his father, Gary's management, the family, or Gary's advisors.

"You cannot take back what no longer belongs to you."

Gary Player has six children. His wife Vivienne died of cancer in August 2021. They were married for 64 years.

His third son, Wayne, was banned from Augusta National, after promoting golf balls during the opening ceremony of the 2021 Masters.

He revealed the fallout from that by saying: "Well, they say there’s no such thing as bad publicity. I found out that that's not quite true."