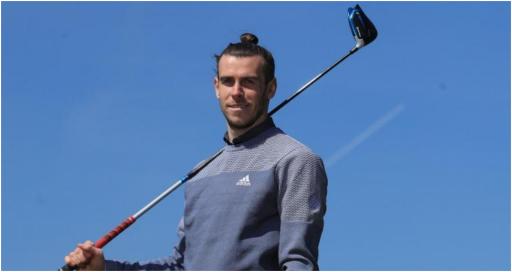 It is a well-known fact that when Gareth Bale isn't on a golf course he likes to play a bit of football.

Okay, so that was a bit of sarcasm. But Bale's love for the game of golf is well-documented.

He's a scratch golfer and has a very, very good golf swing. And he's continued his work within the game.

And this June the partnership will work on a national junior championship.

Bale is also global ambassador for the R&A. He said: "As a boy I played every sport I could and I'm sure that helped my development as an athlete.

"I think it's great that young people in Wales are getting the chance to give golf a try and I'm delighted to play my part in encouraging them to do so."

Bale was also in the news recently after he won permission to open an indoor adventure golf centre in Bristol.

Councillors granted a premises licence for Par 59 two weeks ago, which is due to open next autumn.

Some residents were opposed to the bar due to concerns it would lead to antisocial behaviour.

But Bristol City Council's licensing sub-committee granted the application by True Swing Bristol, a company formed by the Wales captain and three business partners in January.

The Wales Golf and ICM Stellar Festival of Sport and Golf Championship will be an elite Welsh junior golf event, giving golfers the opportunity to compete on a national stage.

The event near Cardiff on June 1 and 2 will also be listed on the World Amateur Golf Rankings, a 54 hole event for approximately 84 Welsh players.