Members of Rhyl Golf Club are staggered by the new proposals so soon after they looked like they had secured a future. 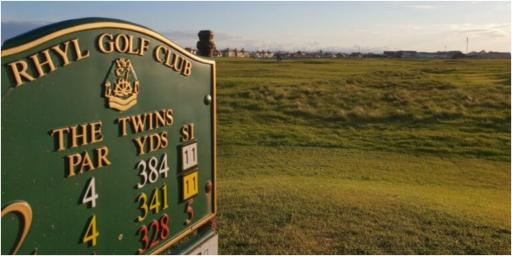 A golf club that had only secured its future by the skin of its teeth in the summer is now fearing the worst again.

Rhyl Golf Club, which was built in the 19th century, had managed to save itself from closure in June when the council threatened to build a floodplain on it.

But it was decided that the club, in Wales, could be saved as it was agreed sea defences with a new flood embankment around the perimeter of the golf course would suffice and protect the neighbouring 2,000 properties.

But staggeringly, members have now learnt of a new wind farm project that has been proposed with one of the options being that it would have to close for several years for safety work to be undertaken.

Now the club claim this disruption would mean they simply could recover from as the work would mean concrete "transition jointing boxes" would have to be erected across the fourth, fifth and sixth fairways.

These concrete boxes could be erected further inland, though, which would mean that the club would then have to contend with the sea defence work.

Mark Prtichard, marketing officer at Rhyl Golf Club, told Golf Business: "Obviously plan b would mean that the golf club would just need to contend with the sea defence work.

"We can play golf around this limited disruption.

"The work for plan a, plus the sea defence work, would mean continued disruption for up to six years. It would mean closure of the course for their works to be safely undertaken.

"The course would be unplayable and alternatives for our existing members would need to be sought.

"This, in reality, would just be unsustainable for Rhyl Golf Club and we would see no viable future, especially as the lease we have been given is for a limited time beyond this.

"If plan a went ahead the golf course will close permanently and the club would no longer exist. It is as stark as that."

Members are of course very worried as it is their social gathering space and a great place for them to exercise and it is one of the oldest clubs in Wales.

A spokesperson for the project said: "We are fully aware of the concerns raised and are currently holding detailed discussions with Rhyl Golf Club and Denbighshire County Council with regards to the Awel y Môr project.

"Our ongoing consultation welcomes any feedback and we would like to assure everyone that all views expressed over how we progress with the project, and specifically in light of this matter, will be considered."

NEXT PAGE: BETTING TIPS, ODDS AND PREDICTIONS FOR THE CJ CUP