Golf club withdraws player from knockout tournament for being too YOUNG

A 14-year-old boy was withdrawn from a singles knockout competition at Prestbury Golf Club, despite winning his first-round match. 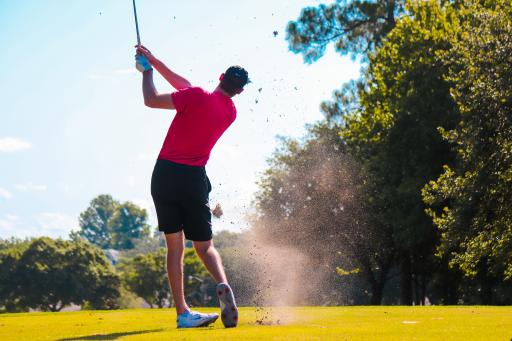 A 14-year-old boy has been withdrawn from a singles knockout competition at Prestbury Golf Club near Manchester after he was judged to be too young.

According to bunkered.co.uk, although the club had taken Aaron Cullen's entry fee and allowed him to play in a match in the tournament, the Prestbury Golf Club committee withdrew him for being too young.

Cullen, who has a handicap of 11, won his opening match 4&3 but the club had realised they'd made an error and took him out of the tournament.

It is alleged that after Cullen's parents were informed of the club's decision, they appealed the decision but the committee upheld its initial judgement.

This would appear an incredibly harsh decision taken by Prestbury Golf Club, as the young golfer proved in his first-round match that he was comfortably good enough to participate.

"The rules over who can and cannot enter competitions at the club are not as clear as they should be," said a source told bunkered.co.uk, who was close to the incident.

"And, in any case, is it not the club's responsibility to check who they are accepting entries, and entry fees, from?"

"The boy won his match fair and square, so he is clearly good enough to be playing in this competition. It defies belief that the club would do something like this. What sort of message does this send to other juniors?"

Prestbury Golf Club is a parkland course that is located in Cheshire. It was designed by Harry Colt and was officially opened in 1920.

NEXT PAGE: "I PLAYED REALLY BAD": BRYSON DECHAMBEAU ON HIS FIRST ROUND AT AT&T BYRON NELSON