"I played really bad": Bryson DeChambeau on his first round at AT&T Byron Nelson

Bryson DeChambeau was frustrated with his first-round score of 3-under-par on Thursday at the AT&T Byron Nelson. 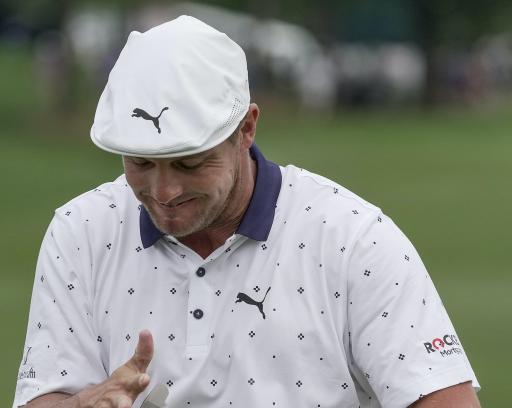 Bryson DeChambeau was unhappy with his performance in the first round of the AT&T Byron Nelson at TPC Craig Ranch, shooting a 3-under-par 69.

This would not appear to be a bad card, however, it was a low-scoring day at the Texas venue which was shown by Jordan Spieth and J. J. Spaun shooting 9-under-par to share the lead.

"Things just didn't go my way today. I hit it really well, putted pretty well. But putts didn't go in and the wind turned on me a couple times and it was just unlucky.

The 27-year-old also said in his interview after the round that he could've easily matched the scores of Spieth and Spaun, had he taken advantage of his ability to hit the par-5's in two shots.

"I left out three par-5's and they are all reachable for me," DeChambeau added.

"I doubled one and I hit two great shots at the start but got a really bad lie, so that's five shots. Then on hole six, I didn't get it up and down so I left six shots out there, I could've shot 9-under today from nothing."

DeChambeau began his first round on the 10th hole and made a solid start on his first nine, with birdies on the par-4 13th and par-4 14th holes.

But unfortunately, the eight-time PGA Tour winner made a damaging double-bogey on the par-4 1st hole and he was back to level-par for his round.

Although DeChambeau added three more birdies in his final seven holes to post a score of 69, the big-hitting American was left unsatisfied with his round.