Golfer writes into The Sun to say he's just caught his wife sending nude photos to his regular golf partner. Their next match might be interesting. 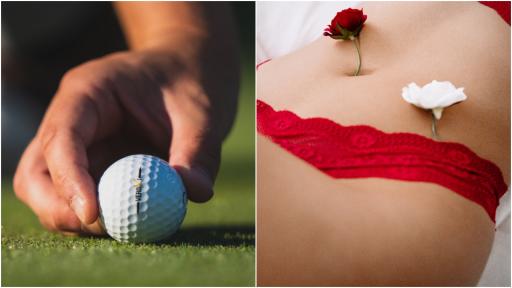 A golfer has written into The Sun's regular 'Dear Deidre' column to say he has caught his wife sending nude photos to his regular golf playing partner.

Dear Deidre, aka Deidre Sanders, has been The Sun's agony aunt for the past 35 years, and yes, the letters used in The Sun are all real.

So much for seeing Brooks Koepka and Bryson DeChambeau in a 2-ball this Sunday. Can you imagine the scenes when these two playing partners rock up to the club this weekend?!

Check out what the man wrote in his letter below, and then scroll down the page for Deidre's response.

Let's just say his wife will be asking for a mulligan.

Here's what the man in question wrote in his letter to Deidre:

Dear Deidre: I opened my wife’s laptop to find naked photos of her with my golfing buddy.

We are both 48 and she’s always been a housewife until our children flew the nest.

This guy is my regular golf mate. He’s got a building company and said he needed help with the books.

My wife did some bookkeeping back in the day, so I suggested she help him out.

He’s 50 and divorced with grown-up sons.

She started working for him when we came out of lockdown and, as well as doing his books, answered the phone in a unit he rented.

I noticed that after a couple of weeks in her new job, she began to change her image — going to the gym and buying sexy underwear, which she had never done before.

She was getting up more than an hour earlier than before to get ready for work, buying new outfits, taking care of her make-up, even changing her hairdresser to a trendier one.

I started to worry she was hiding something from me.

So when she nipped out to the shop one Saturday morning and left her laptop unlocked, I seized my chance. She had left tabs open and I couldn’t resist having a look.

I was horrified to find a photograph of my wife in lacy underwear, in an email addressed to my mate.

After delving into their conversations, I found plenty more revealing images they had obviously taken of each other.

I took some photographs then hid away in my shed for the rest of the afternoon.

When she called me in for dinner, I told her I wasn’t hungry. She looked concerned.

I then said: “Come here a minute. Look at these.” I opened my phone and showed her the photographs. She was mortified.

She said: “OK, so now you know. But it means nothing. I promise you it’s over from now.”

But I don’t trust her. She still works for him and they are friends on social media.

Here's what Deidre replied to the golfer:

Explain to her how worried you are about your marriage and that her affair has been a game-changer.

Perhaps she will now work from home, or look for work elsewhere, if she is committed to you.

Think about your relationship together. What has this guy given her that you have not? Were you taking one another for granted? Is your sex life flagging?

What can you change to improve things for you both? It is wrong to cheat and if things felt stale for her, she should have said.

My support pack Cheating – Can You Get Over It? shows how to rebuild the trust.

NEXT PAGE: YOUTUBE SENSATION JAKE PAUL PROVES HE IS CERTAINLY NOT A GOLFER