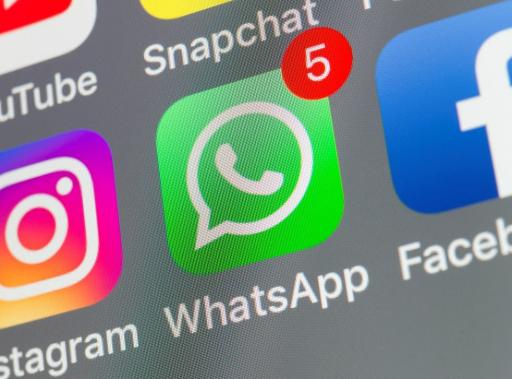 Facebook, Instagram and WhatsApp all went down for a significant time on Monday and it's fair to say the issue caused chaos with social media fans. Sergio Garcia, Justin Rose and Brooks Koepka also had their say during the major outage.

The three apps are all owned by Facebook and are run on a shared infrastructure, and they stopped working at around 4.45pm earlier today. Facebook Messenger and Workplace also crashed.

A similar issue with the three apps was recorded in April 2019, when they crashed for around two hours before returning to being fully functional.

Facebook appeared to have had its DNS records taken from the global routing tables earlier today. At least according to Brian Krebs, a cyber security expert who runs a popular blog.

"You will never get better if you cheat!": Do you have cheats at your golf club?
Golf club bought for £10 million, now being sold for £2 million!

Confirmed: The DNS records that tell systems how to find https://t.co/qHzVq2Mr4E or https://t.co/JoIPxXI9GI got withdrawn this morning from the global routing tables. Can you imagine working at FB right now, when your email no longer works & all your internal FB-based tools fail?

Twitter, however, had no such problems - and that is where just about everyone in the world was hanging out to consume their golf content today.

Garcia posted a funny meme on Twitter while seeing both Instagram down and Facebook down, while Rose wanted to know how his followers were coping without social media for the afternoon. He also posted a little competition.

Facebook and Instagram both returned to normal service at around 11pm U.K. time, with WhatsApp back an hour later.

Is everyone else on here too?

And I took offense to that. pic.twitter.com/FMtEz5uf47

Just RT and and I’ll choose ONE winner when the other social media platforms are back up and running! pic.twitter.com/51UxMMxLGs

GolfMagic has also been looking after its Twitter followers today by teaming up with Cobra Golf UK to giveaway a RADSPEED or RADSPEED XB Driver.

To enter, head over to GolfMagic's Twitter page now and make sure you are following us and Cobra Golf UK to enter.

NEXT PAGE: DID YOU KNOW ABOUT THIS GOLF RULE?!