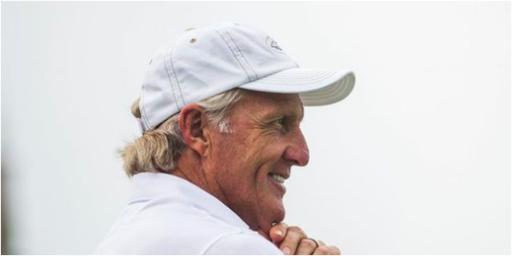 LIV Investments, the new golf entity backed by Saudi Arabia with Greg Norman as CEO, has hired two executives to its leadership team.

Golfweek have reported that on Wednesday, 15 December, the company announced the appointment of Monica Fee as its senior vice president and Lily Kenny as head of strategy.

"I am very pleased to welcome Monica and Lily to LIV Golf Investments to help lead our company's ambitious plans to expand our global corporate presence and grow the game of golf around the world," said Sean Bratches, chief commercial officer of LIV Golf Investments.

"This is an exciting time for all of us as we grow our tam, and the appointments of Monica and Lily is the latest show of force of how we are strengthening the commercial arm of the business."

No players have said they will play in the new venture yet, which will initially plough money into the Asian Tour with 10 events in 2022. The new venture has been criticised as some suggest the golf series is a way for the Saudi government to sportswash its human rights issues.

Despite the fact no players have supported it at this current time, the group are ploughing ahead with appointments. Former PGA Tour rules official Slugger White has signed up with the company.

Norman recently spoke briefly about the new venture. "The players are going to have the opportunity of independent contractors to go play both tours and I think that's fantastic," he said when asked about it.

Elsewhere, the PGA Tour is yet to grant waivers for the Saudi International in February. A throng of the world's best players which include Dustin Johnson, Tommy Fleetwood and Justin Rose to name but a few have said they will play in the tournament.

PGA Tour
Jordan Spieth: "My rehearsal is not exactly what I'm trying to do"
Equipment
Check out these AMAZING Peter Millar golf shoes for the summer!
LIV Golf
Former US PGA champion DESTROYS Greg Norman on social media
Equipment
The BEST TaylorMade golf balls as seen on the PGA Tour!
PGA Tour
Justin Thomas on Sunday at AT&T Byron Nelson: "14-under is EXTREMELY doable"