Honour in Golf: Are you allowed to play OUT OF TURN in a competition?

Etiquette has always been an important feature in the game of golf, but when are you allowed to play out of turn? 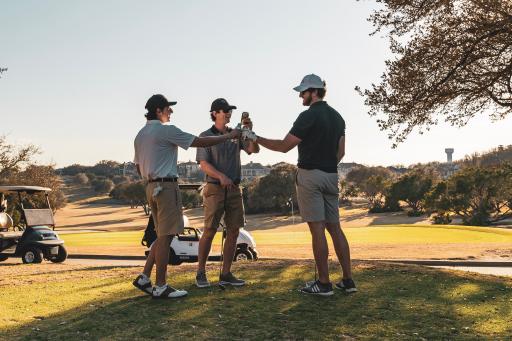 Honour is one of the first things you learn when you begin your golf career. If you get the best score on a hole, you will have the honour to hit first on the next tee box.

But sometimes it can be more complex than this. The rules of honour and order of play can vary from match play to stroke play so make sure you read this and take note.

In match play, the order of play is very important and it can lead to some incredibly sticky situations if you do not follow the rules.

According to Rule 6.4 of the R&A, on the first hole, the order of play is decided by a draw or just any random method of deciding who is to go first.

In all cases on the golf course, if you play when it was your opponent's turn to play, there is no penalty but your opponent may cancel the stroke.

You may agree to play out of turn in order to save time, but please remember that there is no penalty for playing out of turn. Your opponent can cancel your stroke or just allow you to play it as it lies.

In stroke play, the honour is again decided by the order of the draw or a random way of deciding who is to play first.

The player in the group with the lowest gross score, regardless if it is a handicap competition, has the honour on the next tee box.

The player with the second lowest gross score then plays and so on. There is no penalty if you play out of turn, unless you and another player agree to an order of play to give you an advantage. There is a penalty of two strokes here.

'Ready Golf' is also allowed and encouraged in stroke play. You can agree with another player to play your shot in no particular order to save time and for convenience.