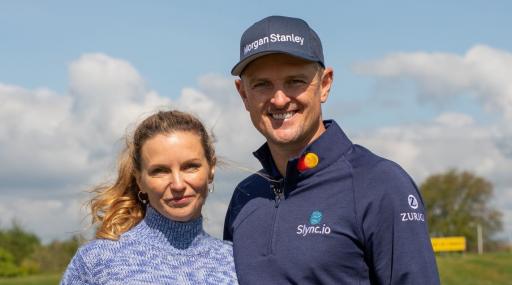 American Golf and former number one, Major champion and Olympic Gold medal winner, Justin Rose MBE, have joined forces to unveil a new world-class golf academy as they embark on a mission to get more people into golf by connecting five million people with the sport for the first time.

The new Justin Rose Academy, powered by American Golf, is part of American Golf’s drive to make golf accessible to all, irrespective of age, gender social background and ability.

The Academy will have a firm focus on community engagement, taking the sport off the golf course and into new territories via social media and influencer activities, events and a dedicated schools programme that will introduce children to the wide-ranging physical and mental health benefits of golf. In its first five years, the Academy aims to bring 18,000 young people onto the Justin Rose junior programme, with more than 5,000 free lessons for school children given away during the first year.

So proud to announce today that Kate & I have launched the Justin Rose academy powered by @americangolf_UK Stand by for an academy coming near you soon.
Alongside the academies we will also be giving away 5000 free lessons and taking golf into schools across the UK. pic.twitter.com/NYEtmj4i9H

Justin Rose MBE said: “It’s an extremely exciting time for the golf. Not only is participation up, but the average age of players has decreased by five years to 41, plus 400,000 women have taken up golf for the first time since 2020.

“Encouraging young people to play golf will protect the future of the sport and schools are a crucial part of our outreach. It’s our vision to have golf on the P.E. curriculum. The Academy will enable more people to benefit from the social and health benefits of golf, as well as us uncovering future champions.

“Linking with American Golf to launch the Academy makes complete sense given its vast network of golf ranges and stores across the UK.”

Gary Favell, CEO of American Golf, said: “This is a landmark day for golf in the UK. Justin is an extraordinary player and a hugely inspirational ambassador for the sport. Our Justin Rose Academy has huge ambitions to accelerate golf participation, while changing the perception of the sport for good and making sure it’s accessible to all.”

Attracting more minority groups into the game is a key focus for Kate Rose, Justin’s wife and founder of the women’s golfing event, Rose Ladies Series, who’s also leading the charge in her role as Inclusivity Ambassador at the Academy, ensuring every minority group is able to participate in the sport.

Gary continues: “The Justin Rose Academy is for everyone, from beginners to aspiring tournament professionals, our aim is to inspire, educate and show people the real joy that comes from golf – whether that be a round with friends, a trip to the driving range or participation in a school tournament.”

Attending the launch was three up and coming young golfers who are destined for great things Ria Prabhakar (12), Alexandra Thomas (7) and Bobby Thomas (4). Some highlights of their golfing journeys are listed below.

For more information visit www.justinrosegolfacademy.co.uk. Members of the public and schools can sign up for free ‘Get into Golf’ sessions as well as book for group lessons, including ladies, children and family group sessions.