Westwood voices his displeasure at seeing BBC's highlights of this week's Women's British Open given the "graveyard shift"... 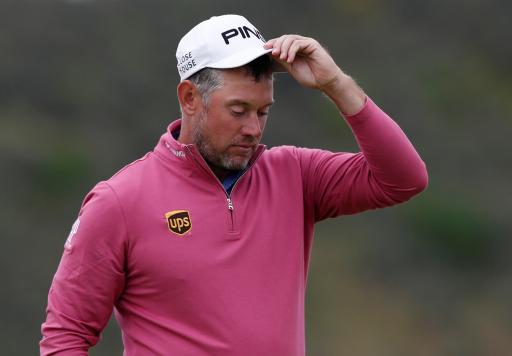 Lee Westwood has hit out at the BBC for moving TV highlights of this week's Women's British Open from Royal Troon to the "graveyard shift".

While live coverage of this week's ladies major will be screened from Thursday to Sunday on Sky Sports Golf, there will be no such luck for those who do not subscribe to the sports channel.

Following the latest news that there will be no live golf coverage planned this week, it will mark the first time in 55 years that the BBC will not show any live coverage of a single golf tournament during the course of a year on one of their main channels.

Since Westwood's remarks, along with many others on social media this week, the BBC has now agreed to stick highlights of the Women's British Open on the BBC iPlayer from 8.30pm after each day's play.

Understand that BBCTV are now sticking the highlights of the AIG Women's Open on the iplayer at 8.30ish after each day's play. Which is great. But its a shame that only an outcry made them realise their shameful indifference

There is also scheduled to be an hour-long programme on the red button at 9pm on Sunday.

The rest of BBC 2's coverage of the ladies major will be broadcast after midnight, with the final round wrap-up highlights starting at 11.55pm. Hardly something that is going to appeal to the younger generation.

EXCLUSIVE: MEL REID TALKS TO GOLFMAGIC AHEAD OF THE WOMEN'S BRITISH OPEN

After learning of the upcoming TV schedule, which will see the BBC instead favour a feature on the World Senior Snooker Championship on the red button for the first three days of action, Westwood told Telegraph Sport "it's an insult."

"I can't actually believe it - that is really disappointing," Westwood said when contacted by Telegraph Sport for comment.

"I know BBC TV has been turning its back on golf for years, but this is the first time in 55 years that it will not screen one day of live golf from any event, anywhere.

"But if you have the rights to one of the biggest events, in global terms, that will happen in British this summer, then why not put on the highlights at a watchable time, not after the graveyard shift has started?

"It's an insult and it makes no sense as there are loads of the British up there in the rankings (Charley Hull, Georgia Hall, Bronte Law, Jodi Ewart Shadoff). They clearly deserve better."