Lexi Thompson once again runs afoul of the Rules of Golf

Thompson docked one stroke in latest LPGA Tour event, could have been even worse. 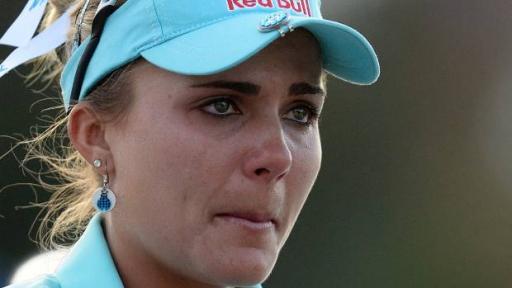 Lexi Thompson unknowingly ran afoul of the Rules of Golf during the third round of the Indy Women in Tech Championship.

Thompson hit her drive at the par-5 10th hole wide right and it settled in the sixth fairway.

With preferred lies in place, Thompson believed she was allowed to lift and clean any ball in the fairway, and began to do so.

The rule, however, was a local rule that "restricts the player from preferring her lie when her ball lies in a closely-mown area of a hole other than the one being played.”

An official saw what was happening and stepped in to administer a penalty stroke to Thompson.

"Thankfully, Marty [the official] intervened before she hit her next shot," Golf Channel’s Kay Cockerill reported. "Otherwise, she would have been hitting from the wrong spot, and it would have been a two-shot penalty. So, in a sense, it saved her a shot."

Thompson went on to finish the tournament tied 12th on 17-under par, six strokes behind winner Sung-hyun Park.

The LPGA issued this statement:

“While playing the third round of the 2018 Indy Women in Tech Championship, Lexi Thompson incurred a one-stroke penalty for breach of the preferred lies local Rule (Appendix IA Part 3b Course Conditions).”

“The Committee adopted the preferred lies local Rule due to the turf conditions of the golf course after receiving over an inch of rain. The LPGA, under the local Rule, restricts the player from preferring her lie when her ball lies in a closely-mown area of a hole other than the one being played.”

“She preferred her lie in breach of the local Rule but prior to playing her stroke from a wrong place (Rule 20-7), she was questioned by a Rules official regarding her actions. As she had not played her stroke from the preferred spot, she did not receive the general penalty of two-strokes under the local Rule. However, she did incur a one-stroke penalty under Rule 18-2 for lifting her ball at rest without authority.”

Thompson made news throughout the golf world at last year's ANA Inspiration when incurring a four-stroke penalty after a TV viewer called in a penalty, before going on to lose the tournament in a playoff.