Calls for a third edition of 'The Match' has caused a stir on social media. 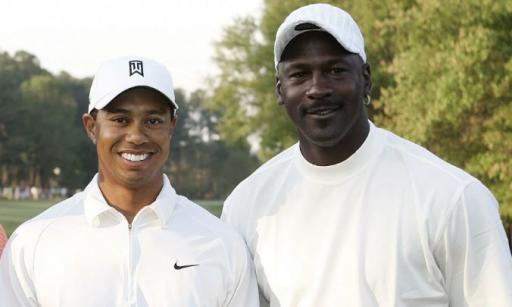 The Match: Champions for Charity raised an incredible $20 million for coronavirus relief efforts, thanks to the entertaining match-up that saw Tiger Woods and Peyton Manning beat Phil Mickelson and Tom Brady at Medalist Golf Club and now golf fans are calling for a third edition.

Woods and former Denver Broncos quarterback Manning clinched a narrow 1up victory over Mickelson and current Tampa Bay Buccaneers quarterback Brady as a record-breaking 5.8 million average viewers tuned in to watch the event in the United States.

With all four players wearing microphones throughout the match, we got to listen to every word they had to say to each other, whether it was trash talking or a short-game lesson from Mickelson, there was entertainment throughout.

Fans are now demanding The Match 3, but this time it's been suggested that NBA icon Michael Jordan teams up with Woods and current NBA superstar Steph Curry joins Mickelson.

Jordan is a well-known golf lover, who has a handicap of 2 and also owns his own golf course called The Grove XXIII in Hobe Sound.

Curry, a six-time NBA All-Star who plays for the Golden State Warriors, is a scratch golfer and in 2017 played in the Ellie May Classic on the Korn Ferry Tour.

The requested lineup for The Match 3 seemed to cause a stir on social media, with some fans very happy with the idea and others calling for different players.

"Why do they keep using Phil? Put in Rory or Koepka or Justin Thomas."

"Tiger sucks in these mic'd up events, I don't wanna see Tiger in them. Phil, definitely."

"Sub out Curry for Charles Barkley and I'm in!"

"I think I'd rather see JT team up with Jordan again and take on Tiger and his partner."

"This has to happen!"

"Damn that's a good match up right there!"

"The first two were boring enough, we don't need a third."

"Another easy win for the cat, MJ is saucin' out there."

"Would be better if Tiger had some charisma about him..."

NEXT PAGE: The Match 2 draws biggest golf audience EVER