McIlroy says he has few friends on Tour; Harrington wishes he'd be more open with media

Rory McIlroy and Padraig Harrington may come from a similar place, but the multiple major champions revealed they are entirely different people in a recent interview with the Irish Independent.

Despite their shared heritage, Northern Ireland's McIlroy and Ireland's Harrington explained they aren't particularly close, and they like to go about their business in very different ways.

McIlroy, for one, likes to practice and play early, while Harrington prefers to sleep in. But things get much more interesting from there. McIlroy said at one point that he doesn't have any close friends on Tour.

Here are the best bits from their interview...

Moderator: What about you, Rory? Any player you're close to?

Moderator: I'll take that as a no.

McIlroy: Not particularly, but I think that's more to do with the stage I'm at in my life. If Erica (his wife) wasn't with me, I'd reach out to some people or play a practice round or whatever. But I wouldn't be particularly . . .

Harrington: It's not easy when you have two players with different agendas. I'm with Shane (Lowry) quite a bit but if he has an early tee time, and I'm out late, we'll just go in different directions. I think the real difference for me is that I'm prepared to (compromise) now. When I was playing my best, I didn't want to be committed to anything. That's the problem.

Harrington: You're good friends with Ollie.

McIlroy: Yeah, there you go, Ollie Fisher. We go back a long way.

Moderator: When is the last time you two actually played together?

McIlroy: A looong time ago. 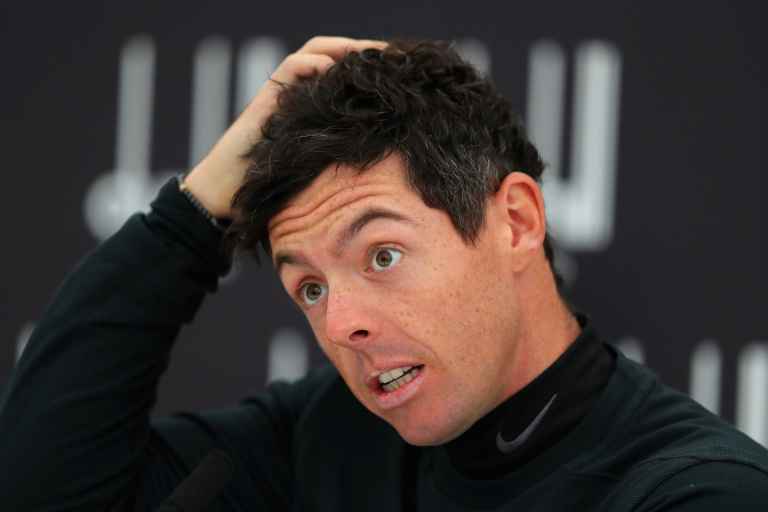 Harrington then tells McIlroy that he wishes he'd be more open with the press...

Harrington: I don't think I've ever been in your company where I haven't walked away thinking you're a nicer guy than I thought beforehand. And yet, media-wise, you can sound quite cold and clinical at times and I think: 'He's trying to be Tiger Woods.' Because you present this . . . wall.

Moderator: Give me an example of the wall?

Harrington: I mentioned it earlier - we don't see enough of Rory, that would be the wall. It's being professional and it's being aloof, and that was Tiger Woods. We discussed this earlier. Tiger Woods in his heyday was a good guy to play with but he didn't hang around talking to people. He didn't talk on the range or high-five people.

Moderator: Would you accept that, Rory?

McIlroy: I accept some of it. I go on the range to work; I'm not there all day. So if I'm working and someone comes up to try and chat, whether it was JP before (his former caddie, JP Fitzgerald) or Harry (Diamond) now I'm like: 'Look, tell them to go away. I'm practising.' 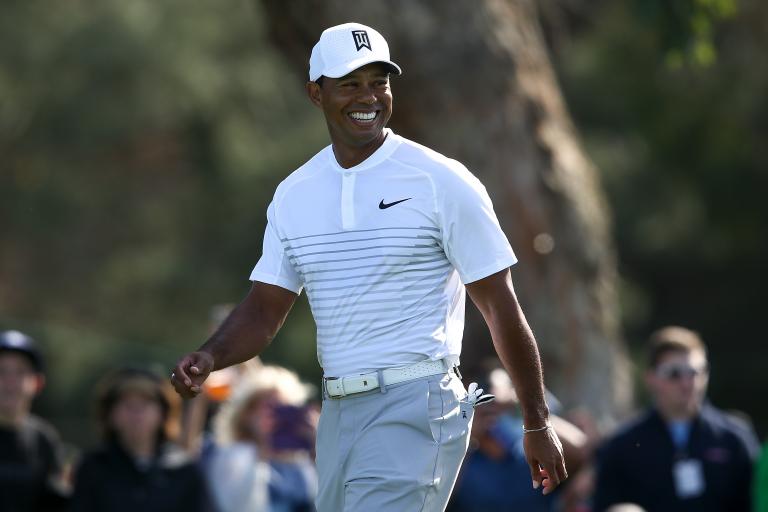 The pair then discuss the newer, friendlier Tiger Woods...

Harrington: The old Tiger used to walk onto the range with a presence that would intimidate people. This was not the old Tiger. He was talking and smiling and joking and high-fiving. I had a chat with him on the range.

Moderator: You had a chat with him?

Harrington: I spent longer talking to him on the range in San Diego then I ever have (on the range). I think we're both at a stage where we realise: 'You know what? You've got to make an effort to enjoy what you're doing out here.'

McIlroy on why he thinks Woods is on his way back...

McIlroy: I think, as Pádraig says, he feels like he almost missed out on that part of it. And I think he missed the game. He's at a place in his life now where golf isn't the most important thing and he's happier for it. He's got two children and by all accounts is a great father. And I think with age you mellow and find a different perspective. But he's still as competitive as ever. I played with him in the middle of November.

McIlroy: I drove away thinking: 'This is unbelievable.' It was the best I've seen him play.