Members REPORT golfer who gets DISQUALIFIED for green damage

A golfer was disqualified from a club competition after members informed staff he was continuously damaging greens. 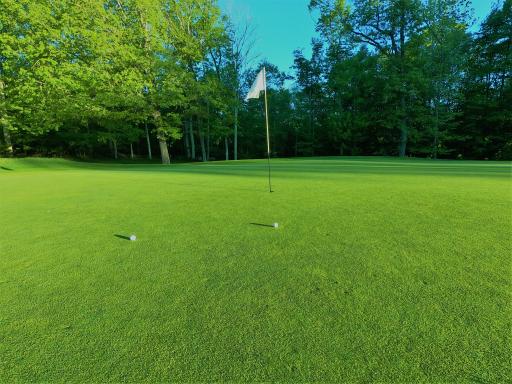 The GolfMagic inbox is a great way for our followers to provide us with local golf stories that we might not be aware of, or hilarious videos that we might want to put out on our social channels and on Monday morning we were spoilt for choice.

As well as seeing some cracking golf videos filmed over the weekend, we also received an interesting story about a golfer being disqualified from a competition at a golf club in Sussex.

Now as we do when we report these stories, we leave the names of those involved and the club out, but this rules story is certainly an interesting one, as it involved members taking pictures as evidence to get the culprit disqualified.

Our message received from "Joe Bloggs" explained how during his home club's Saturday Stableford, he and two other members could see someone in the group in front letting his anger and frustration get the better of him.

"When we first saw it we had a little bit of a laugh about it," said Bloggs. "We were waiting on the 4th hole to hit our approach shots and we saw him miss a putt and slam his putter into the ground.

"From a distance we could see him sort of use his putter to fix it, but by the time we reached the green we could see where he had slammed his putter into the ground and left some damage."

One of the players in Bloggs' group took a picture of the damage, but said he didn't plan on reporting the player unless similar incidents occurred, which is exactly what followed.

"We know this player has quite a low handicap but he was clearly having an off day and just exploding with anger every time he missed a putt.

"I think we ended up getting seven pictures throughout the round where you could see some serious damage to the greens and someone in my group also filmed him tearing up the turf with his putter."

Once the round was complete, Bloggs' group went to the pro shop to show the images and videos and the club's Head Professional was disgusted.

"He couldn't believe it," added Bloggs. "He sent green keepers out to take a look at the damage and went and found the player in the bar area. They went for a chat and we were then informed that he had been disqualified and banned from competitions for two months."

The R&A ruling on the matter states:

Conduct Expected of All Players

All players are expected to play in the spirit of the game by:

There is no penalty under the Rules for failing to act in this way, except that the Committee may disqualify a player for acting contrary to the spirit of the game if it finds that the player has committed serious misconduct.

If you have any golf stories or videos that you'd like published on GolfMagic then feel free to get in contact through our social media channels.