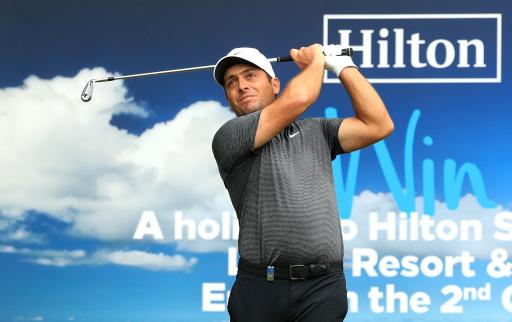 Francesco Molinari clinched the BMW PGA Championship by two strokes over an out-of-sorts Rory McIlroy in the final round at Wentworth.

Molinari, 35, played his final 44 holes without a bogey en route to sealing his fifth European Tour title on 17-under par.

The Italian had previously posted five top-10 finishes at Wentworth, including a runner-up finish to Alex Noren 12 months ago.

“It’s on a course I love and where I have almost as good a record as I have here, so I’d love to be there,” said Molinari.

“Unfortunately my last really good week up until now was in August last year, just before the start of the Ryder Cup qualification period. I didn’t even look at the standings after that, to be honest.

“I don’t know where I was in the table but it’s not nice seeing that you’re a long way back. So I tried to focus on other things. Now I’ll probably have a look and enjoy it, but there’s a long way to go.”

The Northern Irishman had reached 12-under par and was three strokes clear of the chasing pack heading into Sunday, only to finish the week 15-under with rounds of 71 and 70.

"It's close," said McIlroy, on the likelihood of a next victory. "It's very close. I've given myself a great chance here this week. I didn't quite pull it off but it's not far away.

"I get a bit down on myself because my expectations are high and with a 36-hole lead, I should have closed it out this week but that's not taking anything away from Francesco. He played a great weekend and bogey-free around here is some playing - he deserved the win."

FRANCESCO MOLINARI - IN THE BAG