Golf courses may remain open in England ahead of Thursday's Covid lockdown ban... 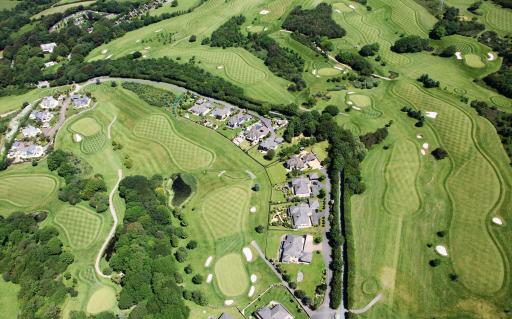 An MP has revealed some positive news where golf courses remaining open in England are concerned following "productive talks" with the UK Government.

Craig Tracey, who is the Conservative MP for North Warwickshire & Bedworth and the co-chair of the All-Parliamentary Group for Golf, expressed encouragement on courses remaining open in England in a tweet he sent out to his followers last night.

Very positive conversation with Government tonight on making case for golf courses to remain open. Flagged the petition which at that time was 186k and rising....

"Flagged the petition which at that time was 186k and rising."

Mr Tracey was referring to a petition - titled 'Exempt golf courses from the list of venues required to close due to Covid-19' - that surpassed the magic 100,000 mark for Parliament to now discuss the matter.

RELATED: GOLF IN LINE FOR "REPRIECE" AHEAD OF ENGLAND'S COVID BAN?

UK Prime Minister Boris Johnson is sending England into a month-long lockdown due to to the coronavirus pandemic from Thursday November 5 to Wednesday December 2.

Upon hearing Johnson's speech to the nation on Saturday night, both England Golf chief executve Jeremy Tomlinson and Lawn Tennis Association's Scott Lloyd have hit back at the latest government guidelines that currently refuse the continuation of golf and tennis in England from Thursday.

In an open latter to "fellow golfers", Tomlinson said: "I would like to make it clear England Golf's intention to respectfully challenge the government's rationale for closing golf courses.

"We will do so utilising all in our network - MPs, colleagues, media and friends - to make sure we are heard by government.

"Listening to the prime minister, the news that he is actively encouraging safe and responsible outdoor exercise for households or two individuals pointed to our great game of golf being at the heart of this policy.

"The guidance which followed stating that golf courses were on a list of venues which should close, therefore, appeared contradictory and came out of the blue."