Nike put staffers in same colours at Masters - with one exception... 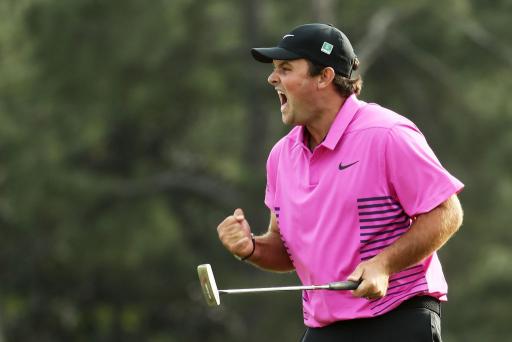 Nike did not allow Patrick Reed to wear a red polo on the final day at the Masters, à la Tiger Woods.

The Big Cat famously wears a red polo in the final round of events as his mum once told him it is his “power colour” - “and you should listen to your mum,” explains Woods.

Over the years, 27-year-old Reed has emulated his hero 14-time major champion Woods, despite being mocked mercilessly on social media.

However, Reed turned out in a pink polo yesterday en route to winning his first major at Augusta, as did other Nike staffers, but explained the decision.

"Nike's doing a new thing where all all the players stay in the same kind of story line," Reed said.

However, there was one exception to the rule...