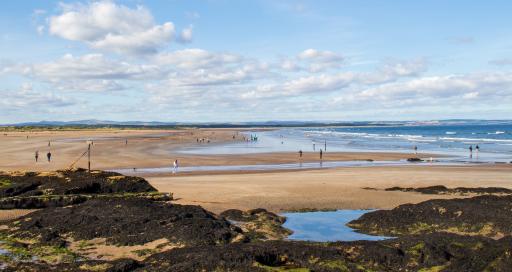 Golf guests at the stunning Farimont St Andrews were left stunned and horrified after witnessing a naked man being chased and arrested by police following an alleged attack of a 19-year-old woman on Sunday morning.

The man, 19, according to a report in the Scottish Sun, is said to have fled a property in St Andrews after leaving a lady seriously injured and requiring hospital treatment.

She is now said to be recovering at Ninewells hospital in Dundee.

Police chased the man down the coastline of St Andrews for approximately four miles before tackling and handcuffing him.

"Supposedly he'd ran butt naked along the beach all the way from St Andrews but cops finally caught up with him and arrested him," an onlooker told Scottish Sun.

"There was a police helicopter circulating overhead and multiple police vans and cars. It was a very random and distressing sight to see."

Another onlooker said: "We thought it was some streaker playing a practical joke. Nobody knew whether to laugh or be worried."

The incident is said to have taken place within a property on Winram Place in St Andrews at around 11.10am on Sunday October 24.

A police dog was injured during the arrest and is receiving treatment.

NEXT PAGE: SCOTTISH GOLF CLUB BANS OUTDOOR MUSIC IN ORDER TO DEVELOP ITS BEER GARDEN - GOLF FANS OVER THE MOON!