Paige Spiranac reveals why she does NOT post makeup-free selfies

Paige Spiranac takes to Instagram Story to give her reasons. 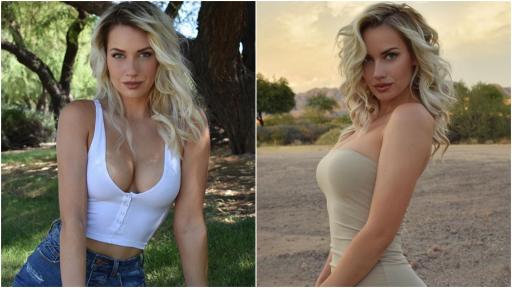 Paige Spiranac has revealed she does not post makeup-free selfies on her social media platforms because she does not want to give her trolls "more ammo" to say horrible things about her.

Spiranac, who has more Instagram followers than any other individual golfer, took to her Instagram Story to open up on her experience with the trolls.

"I think that I usually just post when I have my hair and my makeup done because people have been so critical over my appearance lately and I don't want to give them any more ammo to call me all of these things.
"I think that's a part of it, security as well. And I just want to stay present in the moment.
"A lot of these events are with other people and I want to be engaging and not on my phone the entire time.
"And also I think people make it their personality to be like 'I'm always busy' so I don't want to come off like that or like I'm trying to brag.
"So all of these reasons are why I have this hesitation to post and share more but I need to get over that."

Paige recently opened up on being "fat-shamed", as well as how some men would date her for free golf lessons.

PGA Tour star Max Homa then got involved, too.

We threw up a post on social media showing the most followed people in golf on Instagram.

Paige topped the list with a whopping 3.6m followers which - at the time of writing - was 600,000 more than the 15-time major champ, 82-time PGA Tour winner and widely-considered G.O.A.T in Eldrick Tiger Woods.

When we posted the graphic, Paige reacted by joking: "This just in. Men like golf and boobs."

Next Page: Bryson DeChambeau posts emotional message after death of his father