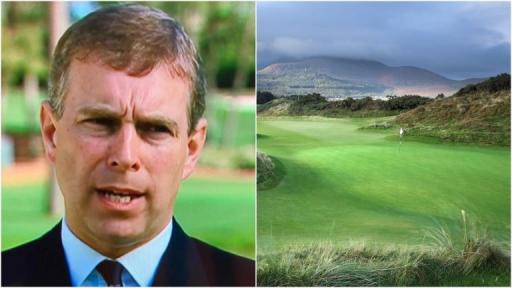 Prince Andrew has reportedly had his membership at Royal Dornoch Golf Club revoked following the humiliation of his sex scandal.

According to royal expert Richard Eden of the Daily Mail, his removal of the famous club's membership list will hurt the Prince, who was accused of sexually abusing Virginia Giuffre.

"THIS is one snub that will really hurt Prince Andrew: I can disclose that his honorary membership of the Royal Dornoch Golf Club has been revoked after his humiliation," Eden claims.

Royal Dornoch is based in Scotland and the club can be traced back as early as 1616. They have two courses: the Championship Course and the Struie Course.

The club was given its royal status in 1906 by King Edward VII and through the influence of the Duchess of Sutherland, the county in which the site is based.

Prince Andrew was one of only four honorary members at the famous golf club, but it would appear that he has lost yet another membership.

At the end of January, it was confirmed that the son of the Queen had his membership relinquished at the Royal and Ancient Golf Club of St Andrews.

He served as captain of the Royal and Ancient from 2003 to 2004. His grandfather, King George VI, was also the captain in 1930. He was the sixth royal to have the honour.

The Prince was an avid golfer and is said to have had a single-figure handicap. He was the patron of more than 20 golf clubs. His year as captain marked the R&A marked the club's 250th anniversary.

The scandal involving the Prince and Giuffre has now been settled with an out of court payment of £12 million.