Prince Andrew has been involved in a scandal with Virginia Guiffre, who claims she was sex-trafficked by Jeffrey Epstein and Ghislaine Maxwell in 2001. 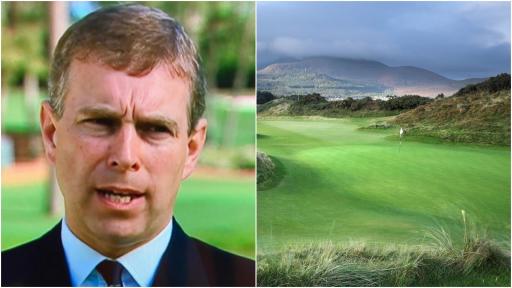 Prince Andrew has relinquished his membership with the R&A after becoming embroiled in a scandal involving a woman claiming to have been sex-trafficked by convicted paedophile Jeffrey Epstein.

The Prince's membership has not been withdrawn along with his other patronages that have been removed. His association with the club is a private matter.

He served as captain of the Royal and Ancient from 2003 to 2004. His grandfather, King George VI, was also the captain in 1930. He was the sixth royal to have the honour.

The Prince is a passionate golfer and is said to have had a single-figure handicap at one stage. He was the patron of more than 20 golf clubs. His year as captain marked the R&A's 250th anniversary.

When appointed to this position, he described it as a "privilege" and a "dream come true". His captaincy was celebrated by the R&A.

"I can confirm that The Royal and Ancient Golf Club of St Andrews has received notification that the Duke of York will relinquish his honorary membership. We respect and appreciate his decision," a spokesperson for the club said.

The Prince was a regular visitor to major championships and Ryder Cups. In 1992, he was first invited to become a member and he became the first royal to serve on a committee planning golf all over the world.

This is the latest development in Andrew's turbulent situation. He has been accused of the sexual assault of Guiffre, but he has categorically denied it.

Giuffre claims she was sex-trafficked by Epstein and Ghislaine Maxwell for the Prince back in 2001 when she was just 17 years old.

Prince Andrew's attempt to block Giuffre's civil lawsuit failed, so now his side has requested a trial by jury.