Punter lands HUGE win with the best golf bet of 2019 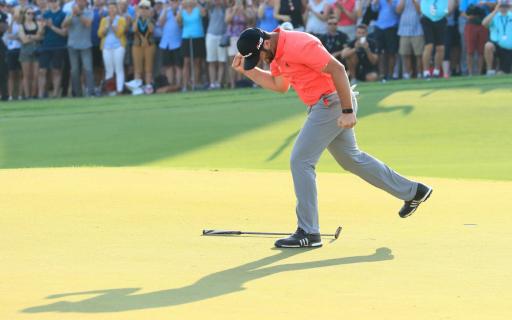 We at GolfMagic love a good golf bet when we see one and we're not so bad at calling winners ourselves, but one lucky punter has just landed the best golf bet of the year and all from a small £15 stake.

The anonymous winner placed the bet in January and after Jon Rahm won the season-long Race to Dubai title, his bet has finally come in.

The bet was a four-fold, that involved Xander Schauffele winning the Sentry Tournament of Champions at odds of 22/1, Brooks Koepka winning the PGA Tour 2018/19 Money list at 5/1, Tiger Woods winning the Masters at 11/1 and finally, Jon Rahm being crowned the Race to Dubai champion at 9/1.

They've been waiting on this bet since January. pic.twitter.com/LBxuJFgEZP

As well as receiving hundreds of retweets and thousands of likes, lots of people got involved on Twitter to react to the news from SkyBet.

"And will no doubt subsequently be banned from using Skybet ever again," joked one user, as SkyBet and a few other bookies have a history of dishing out bans and bet limits to people who have won big.

"Rahm won it with a birdie on the 18th too... imagine the nerves watching..." said another, as Rahm was level with Tommy Fleetwood as he came down the last in Dubai, but birdied the par-5 18th to win the Race to Dubai.

NEXT PAGE: How much every player won at the DP World Tour Championship