Reed: 'dream of mine to see Tiger of old competing'

Patrick Reed eager to see one of his heroes back in the big time. 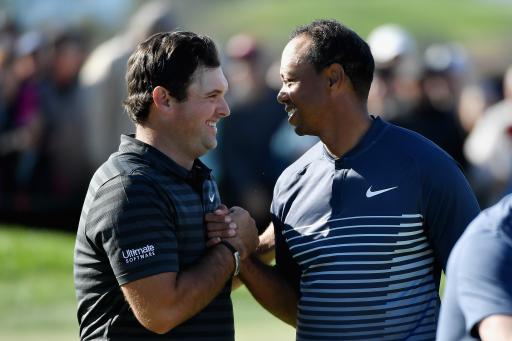 You’d assume one of Patrick Reed’s dreams was to win a Green Jacket...check.

And the 27-year-old has now revealed another of his wishes - to see Tiger Woods playing like he did in his prime.

“It is awesome to have Tiger back and to have him back playing well,” The Texan told CBS.

“It is one thing to come back and ease into it and play Valspar and make the cut.. We have seen some glimpses of the old Tiger coming back and he is playing some good golf.

“That is one of my dreams: I want Tiger to come back and play how he has played. I haven’t been able to experience it in life, I have only seen it on TV. I would love to see that.”

Reed, who wears red on Sunday like his hero Woods, will have to wait to see if the 14-time major champion can add to his win column, as Tiger revealed he would be taking a short break following the Masters.

He is expected to return at the Wells Fargo Championship in two weeks, leading into the Players Championship - the unofficial “fifth major” - a week later.

In 2018, Woods has made six starts, made five cuts and landed two top 10s, one being a runner-up at the Valspar.