REVEALED: 3 golfers we once idolised, but have little time for today!

What was your experience like when you met your childhood sporting hero? 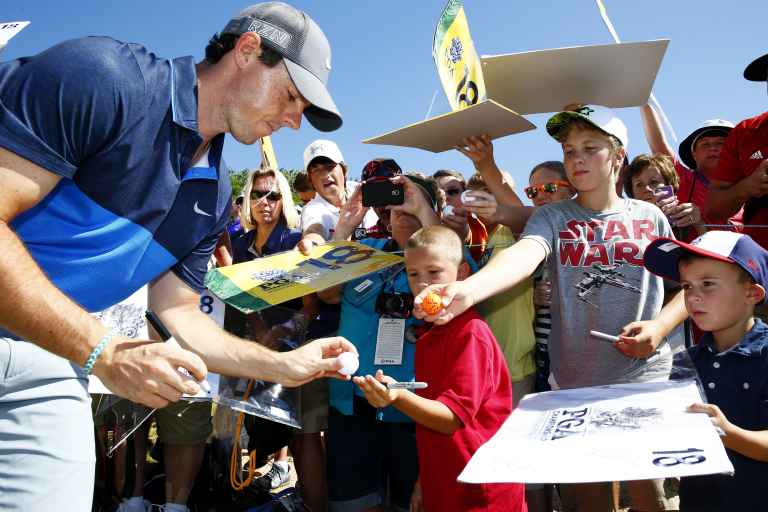 We've all been there. That surreal pinch-yourself moment where you meet your sporting hero in the flesh for the very first time, which can either go one of two ways - an overiding sense of emotion and elation that lasts with you in the shape of memories, photos and signed memorabilia, or a sense of dejection and sorrow that remains with you, well for life.

When it comes to Tour professionals in the world of golf, the majority of them have lived up to or even exceeded our expectations down the years. But then again, some players have left us feeling more downbeat than a three-putt par.

Whether it was a tainted memory in the gallery or a day spent with them in the job, GolfMagic staffers Andy Roberts, Charlie Lemay and Max Harvey reveal the one big Tour pro they lost plenty of respect for once meeting them for the first time...

I was up at the crack of dawn, ready to attend the 2000 Cisco World Match Play at Wentworth with my Dad. It was a cold, bleak, typical Saturday morning in October and it was semi finals day, writes GolfMagic's Andy Roberts. Vijay Singh was up against one of my favourite players in Colin Montgomerie and Lee Westwood was up against my childhood hero Ernie Els.

I was so pumped for this day. I'd been looking forward to it ever since the lineup was announced over the summer. I was even more ecstatic when Ernie came through Friday's quarter-final tie and Dad surprised me with clubhouse passes, telling me I was going to meet four of the game's biggest talents. I had adidas Golf shoes and apparel on, and Ernie's exact TaylorMade cap. This was going to be a good day.

Sadly, there was a rain delay as soon as we arrived at 7.30am. It was a lengthy three-hour delay to be precise. 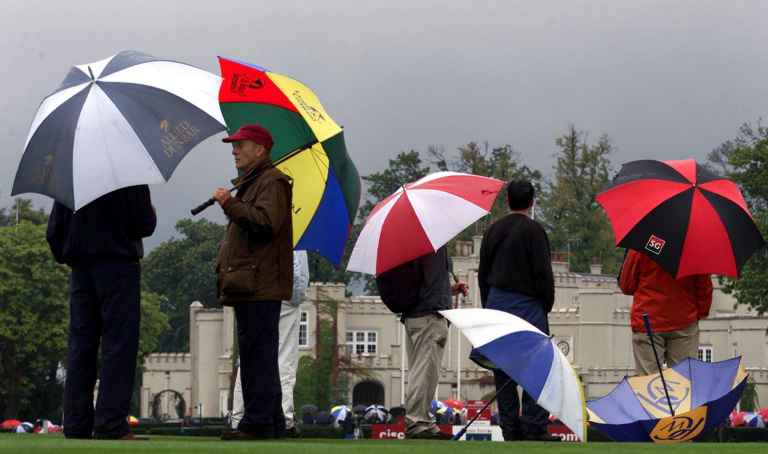 Into the shelter of Wentworth's expansive clubhouse, and I waited patiently by the pro shop for the quartet to walk through the double doors. I was all set for their arrival, just a little 12-year-old lad with his programme and pen.

In strides Vijay Singh. "Vijay, could you sign my page for me," I said. "Of course young man, enjoy your day, hopefully you'll see some golf at some point today!" replies the big Fijian.

Lee Westwood follows about five minutes later, and signs his page of the booklet with a smile.

Then it was the turn of the two guys I'd really come to see, Ernie and Monty. I just loved Ernie's swing and his laidback on-course persona, and I had taken to Monty mainly because of his performances in the Ryder Cup and last three Volvo PGA's at Wentworth which had been victorious.

The doors burst open and in comes Ernie. My heart was beating like a drum. It took me about three attempts to get something out that sounded like "Ernie could you sign my book for me, please." He did and I couldn't stop smiling. He then stood there and spoke to me, making me feel so welcome and special, as he could clearly see I was big fan of his given my choice of clothing.

Ernie may have gone on to lose to Westwood in the semi final that weekend, but that one little moment meant everything to me. He then offered to have his picture with me, from about three different angles when selfies weren't even a thing back then.

I then met him three years ago at Wentworth while on the job at GolfMagic, picture above, and I took the photo we had that day to him during an Adams Golf launch. We had a good chuckle about it all before I decided to act professional and get down to actually interview him. The guy is a complete legend in my eyes, and he always will be. My childhood sporting hero was exactly how I imagined.

Monty, on the other hand. Wow. It wasn't just Wentworth that was frosty that October morning.

He stormed through the double doors, clearly in a s***** mood with his head down. He heard me and caught sight of me in the corner of his eye as I stood there with his page of the booklet open like something out of Oliver Twist. But no, he was having none of it and wasn't prepared to stop. There was nobody else around, and let's be honest it was a THREE-HOUR rain delay!!

"Sorry, I'm off to get breakfast," muttered Monty as he continued walking. My dad laughed sarcastically, I went bright red. Monty's caddie followed him in and looked at me as if to say "Sorry son, I'd have signed it but there you go."

I've interviewed Monty since, three years ago at the Senior Open at Sunningdale to be precise, but while he was in a better mood that day I still couldn't shrug this moment from my memory. It's probably why I don't rate his commentary much either.