But McIlroy admits: "I don’t think it would be a big deal if it wasn’t Patrick Reed." 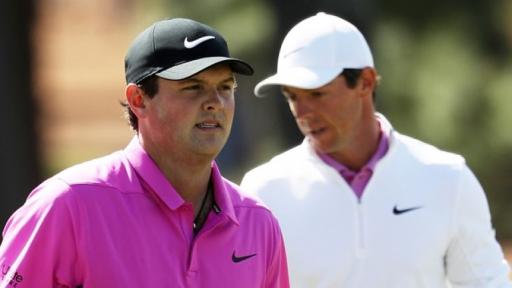 Rory McIlroy has revealed what Patrick Reed did in the waste bunker was wrong at the Hero World Challenge, but had it been any other player then the story would not still be causing such a controversy.

Reed was docked two strokes after his third round when brushing the sand twice with his practice swings, in what appeared to many a blatant move to improve his lie - WATCH HERE.

Patrick Reed is a cheater! pic.twitter.com/zwVMGcckyg

The former Masters champion has since been labelled a "cheat" by many golf fans on social media, despite Reed claiming there was "no intent" to seek an advantage. To most people's surprise, Reed even blamed the camera angle for his penalty.

"The live shot isn’t as incriminating as the slow-mo," said McIlroy during an interview on Golf Channel’s Morning Drive. "You try to give the player the benefit of the doubt. He’s in there trying to figure out what way to play the shot.

"I don’t think it would be a big deal if it wasn’t Patrick Reed. A lot of people within the game, it’s almost a hobby to kick him while he’s down."

McIlroy continued: "That shot does look bad. It’s very hard for me not to think he didn’t feel what he was doing. It’s a hard one. I’d rather try to give someone the benefit of the doubt, take your penalty and move on.

"It’s almost an obliviousness to it rather than actually anything intent-ful in terms of trying to get away with something.

"I think it’s his pre-shot routine, nearly. It doesn’t make it right what he did, but if it wasn’t Patrick Reed and it was someone else it would’ve not been as big a deal as it's been made out to be.

"If he’s learned his lesson and doesn’t do it again then it’s a good thing."