Rory McIlroy is taking a few weeks off of the PGA Tour and admits he has made too many "dumb mistakes" since he returned to action. 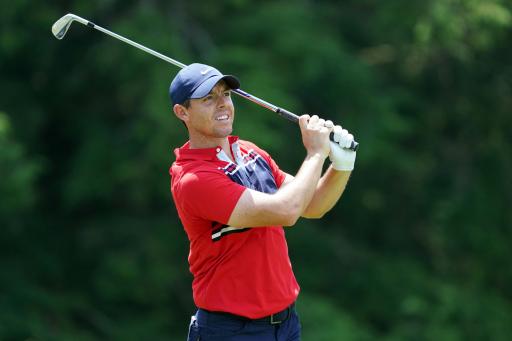 Rory McIlroy hasn't hided away from the fact that he has been frustrated with his performances since the PGA Tour returned after its 91-day halt and admitted to making too many "dumb mistakes" on the golf course.

The World No.1 made numerous errors over the course of the weekend at the Travelers Championship which saw McIlroy slip to T11 and frustration is beginning to get the better of the Northern Irishman, who was in arguably the form of his life earlier this year.

"It's been frustrating in a way. There's been some really good stuff in there, but then just some really stupid mistakes. Even today, like I got off to a good start and then bogeyed some easy holes," said McIlroy on Sunday following his final round.

"It's a little too up and down, a little bit roller coaster-ish, where it didn't really feel like that before we stopped. It was sort of quite consistent and sort of building sort of rounds very nicely, a lot of pars, a few birdies, not many mistakes.

"Just over the last few weeks I've made too many mistakes, too many bogeys, too many loose shots, and that was sort of what it was this week, as well.

"My decision making was terrible the last few days. Just some stupid shots and trying to take too much on at times. I think probably playing a little bit and just being a little more thoughtful on the course. Yeah, it's just dumb mistakes in there that I don't usually make."

McIlroy believes that taking a few weeks off will benefit him from a mental point of view and help him find the level of consistency he had before the PGA Tour was put on hold.

"It's just the mental aspect of it, and especially when you are frustrated. I've been frustrated on the course the last three weeks, not being sort of in contention, and it sucks going off in the middle of the pack on a Sunday, knowing that you don't really have a chance.

"Yeah, a couple of weeks at home maybe, just reset and start again."