Ryan Palmer DROPS in the Official World Ranking despite winning!

But there is a very simple explanation for it... 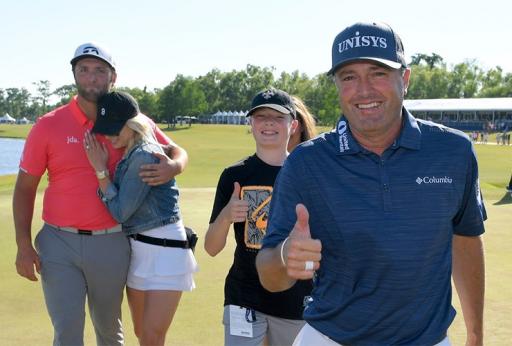 Aim Point, coefficient of restitution and calculating air density might be three areas of the game many of us find mind-boggling in the game of golf, but none of these will ever have us scratching the surface more than the Official World Golf Ranking system.

But before you rush to social media to vent about Ryan Palmer falling THREE PLACES in the OWGR from 70 to 73 following his first PGA Tour title in more than nine years, there is a very simple explanation for his small slide down the ladder.

According to OWGR rules, it all comes down to the format change the Zurich Classic of New Orleans underwent in 2017 when changing from a regular individual 72-hole strokeplay tournament into a two-man team event.

As a result, no world ranking points would be awarded as that player's performance was considered to be affected by their playing partner given the fourball and foursomes format.

With world rankings points available on the European Tour in Morocco on Sunday, Trophee Hassan II winner Jorge Campillo vaulted from 84 to 65 to bump Palmer back a few spots, along with two other players moving up the rankings in the process.

Rahm's ranking remained unaltered at No.11.

Let's not feel too sorry for four-time winner Palmer, he did pick up a cool $1 million after all!